Are you a casual employee? You may not be according to this recent decision 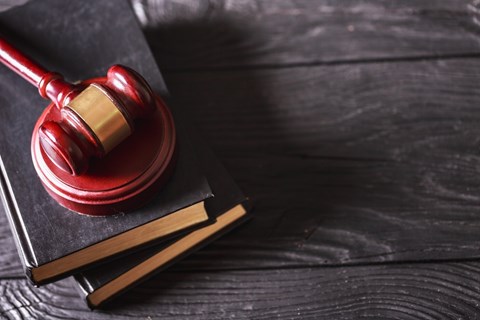 Debate is raging in Parliament, businesses, unions, households and in the media regarding current levels of workplace security. The union movement is strongly pursuing a campaign called ‘Change the Rules’ which recognises that many industrial laws are skewed heavily against Australian workers. One of the most hotly contested debates concerns the ‘casualisation of the workforce’.

It seems that more and more often, businesses are seeking to hire staff on a casual basis rather than as a permanent employee.

Whilst many casual workers may be paid slightly more compared to permanent employees, casuals tend to lack workplace security and do not have access to the same entitlements as permanent employees; for example, sick leave, annual leave and the lack of guaranteed hours, etc. There is an attitude among some businesses that casuals can simply be sacked without any industrial recourse.

Interestingly, the Fair Work Act 2009 (which is the law that governs most national employment relationships in Australia) provides no guidance or definition in relation to what constitutes a casual employee.

In a landmark decision Skene v WorkPac, the Federal Court of Australia determined that a fly in, fly out (FIFO) worker employed as a “casual” was not in fact a casual employee.

Mr Skene was employed as a “fly in fly out” (FIFO) worker as a dump-truck operator in a Queensland mine. He was hired through a labour hire company called WorkPac, which is one of Australia’s largest labour hire employers. WorkPac classified Mr Skene’s role as ‘casual’ even though he was hired to work on a regular and systematic roster.

Therefore, even though Mr Skene was working regular and consistent hours with the same employer, he was not entitled to sick leave and other entitlements because he had been classified as a casual worker.

In addition to working regular hours, Mr Skene’s employer even set his roster 12 months in advance. He was often working alongside other colleagues who had been hired as permanent workers. His employment was continuous and the mine even paid for his flights and accommodation to allow him to perform his FIFO duties.

Even though Mr Skene was employed as a casual, it was expected that he apply for any leave periods in advance (even though he would not be paid for periods of leave).

Mr Skene was terminated in April 2017. As he had been employed as a casual, he was not entitled to a pay-out of annual leave entitlements (these entitlements would be payable upon termination for a permanent employee).

Mr Skene pursued a claim through the Federal Court of Australia. He argued that it was wrong to classify him as a casual because he was working such regular and systematic hours, and he pursued an entitlement to annual leave and other benefits ordinarily available to permanent employees.

In a landmark decision, the Federal Court determined that FIFO workers should not be classified as casual employees.

In making its decision, the court had to consider if Mr Skene was legitimately a casual employee.

As the Fair Work Act provides no definition as to a casual employee, the court had to consider other factors in reaching its decision. It relied on other cases as well as industrial instruments and asked:

When taking into account all of the above considerations, the court concluded that
Mr Skene was clearly not a casual worker and he should be classified as permanent.

What about the casual loading the employee had already been paid?

A legitimate concern about this case involves the issue of Mr Skene’s potential “double dipping” of entitlements. As mentioned earlier, most casuals receive extra compensation known as a “casual loading” above and beyond their ordinary hourly rate of pay.

This extra money is paid to casual employees to reflect the fact that they do not receive leave entitlements and other industrial protections compared with permanent employees.

The court also found that despite Mr Skene receiving a casual loading throughout his employment, he was additionally entitled to be paid his annual leave. Although the court acknowledged that an employer may be able offset against an employee who has been paid casual loading and later found to be permanent, this was not the case for Mr Skene.

This question ultimately comes down to the facts of any individual case.

WorkPac has appealed the decision to the Full Court of the Federal Court seeking clarification regarding whether casual workers can “double dip”.

What does this case mean for Australian workers classified as “casual”?

This decision may have far-reaching implications for many Australian workers. An employer may seek to engage a highly-casualised workforce, but if the workers are provided with long-term regular shifts with certainty of employment, a court may find that they should be treated as a permanent employee.

Just like other relationships, the employment relationship can transform over time. A worker may start off working in a situation with haphazard and irregular shifts, but if that evolves to a more systematic and regular environment over time, an employer should carefully consider whether it is more appropriate to treat the worker as a permanent member of staff.

Mr Skene’s case demonstrates that just because your boss decides that you are a casual worker, this may not legally be the case.

At Hall Payne, we have a proud tradition of helping workers through a variety of industrial struggles. If you have any concerns about your status of employment, or any other employment law concerns, it is important that you seek legal advice as a matter of urgency.

You can contact any of our employment law experts for advice and assistance or you can get in touch directly, with today’s blog writer, Employment Law solicitor, Syvannah Harper.