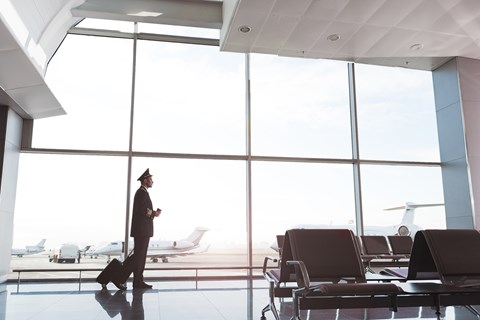 Recently, a VIPA (the Association for Virgin Australia Group Pilots) member received a positive outcome in a case where the member’s career was at risk, due to a decision by the Civil Aviation Safety Authority (CASA) to cancel his medical certificate – essential to be a commercial pilot in Australia.

The member was diagnosed with a spontaneous pneumothorax. This subsequently rectified itself within ten days of originally occurring. The member was cognisant of the strict rules and regulations with respect to managing medical illness or injury, which are imposed by CASA.

He adhered to these rules, sought appropriate medical treatment and kept CASA informed all the way along. The member’s designated aviation medical examiners (DAME) determined that he was fit to return to flying status after a mandatory six-week preclusion from flying.

Despite the advice of the DAME and the strong support and professional advocacy of VIPA, CASA cancelled his medical certificates.

Without a medical certificate, he could not fly. His employment and his whole career was in jeopardy. The stakes could not have been higher.

VIPA determined to fight for their member and appeal the CASA decision. They called in Hall Payne employment lawyers, Luke Forsyth and Jennifer Diplock to appeal CASA’s decision.

This decision meant that the member was faced with the real risk of being dismissed from his employment, as the member could not fulfil the substantive duties of their role.  The member would also face the loss of his career as a pilot.

The CASA decision to cancel the medical certificates, had it stood, could have been detrimental to other pilots who found themselves in similar circumstances. This decision posed a significant risk to other pilots who may suffer a similar respiratory illness or condition in the future.

Hall Payne appeals the decision on behalf of the worker

An Application for Review of Decision was filed in the Administrative Appeals Tribunal to have the decision set aside and to get the member back in the air.

The Appeal and additional medical evidence, caused CASA to reconsider their position and approach Hall Payne to resolve the Appeal before a trial in the Tribunal.

The member’s respective medical certificates have been reinstated by CASA, with minor conditions to ensure the safety of all and the member is back at work doing the job he loves.

If you’ve received an adverse decision in relation to an employment matter and you feel it is unfair, unreasonable or incorrect, there are often opportunities to appeal that decision. Seeking advice or legal representation early, from a lawyer experienced in employment law or from your union, is crucial.

Get in touch with today's blog writer:
Jennifer Diplock

Other blog posts by Jennifer...

Your employer instructs you to do something illegal. What are your rights as an employee?

Do I have to tell my employer I am pregnant?

Making statements over the phone to AHPRA