I won the lotto! Does it form part of my family law property settlement? 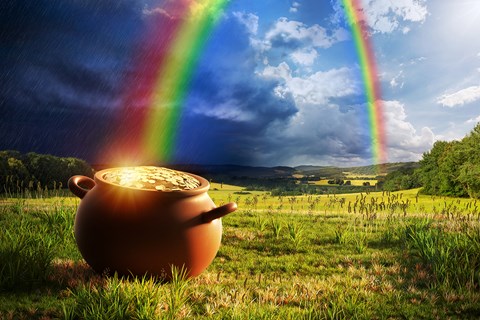 With the recent Powerball jackpot of $110 million on 18 July 2019, creating the largest ever Division 1 prize pool in Australia’s history a colleague asked how winning the lottery might affect family law property settlement. Does the winner have to share their lottery winnings with their ex?

Generally, the winnings from a lottery ticket will constitute part of the parties’ property pool. What is contentious is the contributions each party made to purchasing the winning ticket at the time and the subsequent percentage split of the property pool after the win.

However, in the Zyk case, the Full Court of the Family Court changed their position and noted that lottery winnings should be viewed as a contribution.

The win came from a syndicate the husband was part of prior to the marriage and no involvement from the wife.

However, the court found that it was part of the husband’s general practice to hand over all his money to the wife who had control of the family’s finances and upon handing the monies to the wife, she would deal with it so that it formed part of the joint property pool.

The lottery tickets were purchased from the husband’s money from time to time. Therefore, the purchase of the ticket had come from the shared joint incomes. The winnings were used by the parties for joint purposes and therefore treated as a joint contribution.

On the other hand, with the marriage of Eufrosin & Eufrosin, the wife’s winning ticket was purchased after separation had occurred.

The husband argued that the purchase of the ticket was from joint funds.

The court determined that even if that was the case, it ignored the parties’ post separation lives. The court was satisfied that at the time the ticket was purchased, the parties had been living separate lives including separate financial lives.

Ultimately, the court decided that the source of the funds should not determine the issue of how a lottery win is treated. What is considered to be relevant is the nature of the relationship between the parties at the time the lottery ticket was purchased.

Therefore, it was held that the husband made no contribution to the lottery winnings. However, as a result of the husband’s greater financial need after separation, an adjustment of $500,0000 was ordered in favour of the husband.

Elford & Elford [2016] is a recent case dealing with lottery winnings. It is an interesting case due to the following:

The court decided it is not only the nature of the parties’ relationship at the time the ticket was purchased that makes this case different; it is also the way the husband and wife conducted their financial affairs after the winnings were received.

Ultimately, the court was satisfied that the husband did not intend the purchase of the lottery ticket to be for a joint matrimonial purpose. They were also satisfied that the wife did not have the practical control of the family’s finances.

Furthermore, unlike case number 1 above, the husband did not have a habit of providing the wife with all of his income. Therefore, the court decided that the husband was solely responsible for this financial contribution and accordingly ordered the wife would receive 10% of the combined property pool which included the lottery winnings.

If a winning lottery ticket was purchased by either party during the relationship, it will most likely be perceived as joint property and treated as such in any property division

However, if the parties lived financially separate lives during the relationship and most importantly at the time the lottery ticket was purchased, then the lottery winnings would most likely be considered as a sole contribution by the party who purchased the winning ticket.

If you would like advice on the division of your asset pool after a family law separation, or if you would like to know if your former partner has a valid claim on your lottery winnings, do not hesitate to contact a member of our family law team.