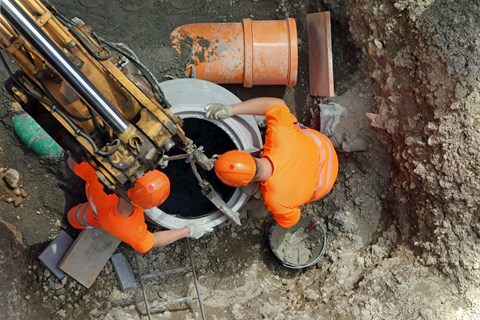 TasWater terminated two employees after they substantiated that the staff members made offensive and inappropriate sexual remarks about two female colleagues using an internal company messaging system. The TasWater workers, who were also CEPU members, alleged that the messages were interpreted incorrectly by TasWater and were taken out of context. CEPU and Hall Payne Lawyers teamed up to prove the allegations unfounded, lodging unfair dismissal claims in the Fair Work Commission.

The two staff members were considered exemplary workers by TasWater and had no history of warnings or any unsatisfactory performance.

After uncovering the comments made in the internal chat system, TasWater stood the employees down. After reviewing the transcript, TasWater substantiated six identical allegations against the two staff members. They also alleged the employees colluded in their responses, showed no remorse and were being dishonest in re-characterising the conversations.

Indi Gunadasa, from Hall Payne’s Hobart office, assisted the CEPU in drafting submissions and material for the unfair dismissal hearing. Some of the core submissions put to the Commission were:

The Fair Work Commission agreed with the CEPU and Hall Payne’s submissions and only found one allegation out of six proven.

In making the finding that five allegations were unsubstantiated, Commissioner Tanya Cirkovic stated that she was "unable to conclude, on the balance of probabilities", that the operators were making sexually inappropriate comments about their colleagues during the exchange.

The one allegation substantiated related to a " joke" about one of the workers needing to be castrated to control his sexual urges if he watched Game of Thrones with their female colleague, stating that the worker would have to join the ‘unsullied’, a fictional character in the TV show.

The Commissioner found, based on this comment being substantiated, the employees had breached TasWater's workplace behaviour's policy, as they failed to "act professionally" or treat their colleague with "dignity, courtesy and respect". The Commissioner, however, agreed with the submission that it was "not sufficiently serious, either on its own or collectively, to constitute a valid reason for termination".

Commissioner Cirkovic overall concluded that the dismissals were therefore disproportionate to the operators' conduct and stated:

Consequently, on the material before me I am not satisfied that the conduct upon which the dismissal was based was significant to the extent that it could constitute a sound, defensible and well-founded reason for dismissal.

The Applicants’ dismissals were disproportionate to the conduct that they engaged in.

Result for the workers

The Commissioner requested parties to return to discuss remedy with one employee seeking reinstatement and the other seeking compensation in lieu of reinstatement.

If you have an employment law or industrial relations matter and you’re looking for advice and assistance, Hall Payne’s expert advice, across the country, can help. You can either get in touch directly with today’s blog writer, Indi Gunadasa (Hobart office) or contact us at our head office for a referral to an employment lawyer at any one of our other offices.