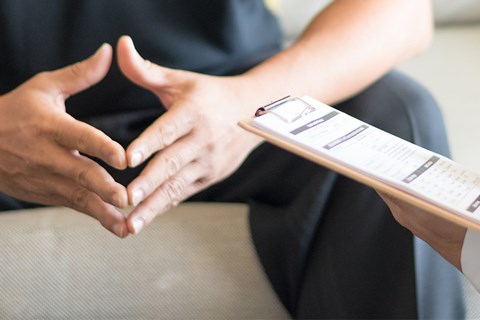 State and territory based workers compensation schemes have experienced significant and continuing growth in the number of psychological injury claims being lodged by injured workers. The national scheme, known as Comcare, is no different. In this article, we take a general look at claims involving psychological conditions which injured workers suffer in the workplace, and how the Comcare scheme (including the AAT) deals with these types of claims.

Formal diagnosis of psychological condition not required for Comcare claim

It’s important to note that, in order for an injured worker to be entitled to compensation for psychological injury under the Comcare scheme, they do not need to have a psychiatric/psychological condition which can be formally diagnosed by a psychologist or doctor (eg, your GP or a psychiatrist).

The law relative to Comcare claims has clearly established that an injured worker need only have experienced a psychological condition ‘beyond the boundaries of ‘normal mental functioning’. In contrast, for a worker to be able to claim common law damages against an employer for negligence, the High Court has confirmed that one of the criteria for a successful action for damages at common law, is that the injured worker has suffered a ‘diagnosable’ psychiatric disorder/condition (diagnosed by a medical doctor - usually a psychiatrist).

Having said that, typically an injured worker who presents with a mental condition which is seen to be ‘outside the boundary of normal mental functioning’ will usually be given a diagnosis, even if only by their GP (or psychologist). The standard source of formal diagnostic (and other information relating to psychological disorders) is the Diagnostic and Statistical Manual of Mental Disorders (more commonly referred to as the DSM – the most recent edition being the DSM-V).

What psychological conditions are covered by the Comcare scheme?

However, it is enough for a claimant to be successful with their claim for compensation under the Comcare scheme, for the work-related stressor(s) to be ‘a significant’ contributing factor/stressor to the condition (the subject of the claim for compensation). There have been numerous decisions of both the AAT and the Federal (and indeed High) court which confirm this is all that is required for a claim to be accepted by Comcare/self-insurer.

On occasion, Comcare (self-insurer) will decline to accept a claim for psychological injury, essentially on the basis that the worker suffered the injury as a result of their personal ‘perception’ of certain events in the workplace (eg that they have been bullied by a co-worker or a manager).

The courts have confirmed that, as long as that ‘perception’ is reasonably held by the injured worker, and can be seen as a significant contributing factor to their injury (and consequential incapacity to work, or need for medical treatment or both), then the claim is one for acceptance by Comcare (self-insurer).

Like anything involving legal concepts, workers compensation claims are replete with legal wording and issues. Having sufficient evidence, specifically in the form of medical opinion evidence, is usually critical in order to have a reasonable prospect of succeeding with receiving compensation for a psychological injury.

A lawyer experienced in Comcare workers compensation claims will be able to advise what evidence is needed to be obtained in order to maximise prospects of succeeding with a claim/appeal.