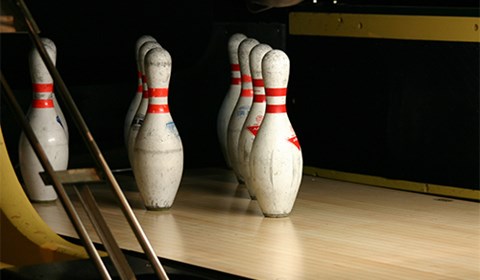 On the evening of 23 August 2008, Ms Windley alleged that she sustained injuries when she attended Gladstone Ten Pin Bowl with work colleagues.

Ms Windley suffered a fractured left femur when she slipped on the bowling lane surface when the lights were dimmed for “glow in the dark” bowling.  She argued that due to the limited lighting, she had difficulty judging or seeing where the “foul line” (the line that marks where you are to release the bowling ball) was situated.  She alleged that she used the position of another bowler a few lanes down to gauge where on the lane she should be releasing the bowling ball.   She took a couple of steps and slipped, falling onto her left hip and sustaining an injury.  It was alleged she had overstepped the foul line because she could not see it clearly, and had slipped on the polished lane surface beyond the foul line.

Ms Windley’s knowledge of ten pin bowling was important to the case.  She was experienced, having bowled for a number of years.  She conceded she was aware the lane surface beyond the foul line was polished and had previously attended (not always participated in) “glow in the dark bowls” at other venues in the past (importantly, not previously at the Gladstone Ten Pin Bowl) and on this basis a warning about the lane surface beyond the foul line being highly polished would have been “superfluous”.   However, she did state that whilst she was aware of the dangers, she still required visibility.

Where the injury actually occurred was of some debate.  Ms Windley was unsure whether she slipped before or after the foul line.  Witness statements as to Ms Windley’s position after falling, led the judge to conclude she had slipped on the polished lane surface beyond the foul line.  It was accepted by the judge that whilst there were warning signs at the time of the accident, these were not clearly visible.  Importantly, these signs were replaced and located differently following the accident, and the lighting was also significantly improved after the incident to assist in providing better illumination. The judge also accepted evidence that a verbal warning to participants was not made until after the subject incident.

The most important feature of the case was the foul line.  It was black in colour.  The judge accepted this made the foul line difficult to see in poor lighting where the lights had been extinguished.  An employee of Gladstone Ten Pin Bowl conceded that a white foul line could be produced.  The judge accepted a white foul line would be more visible than the existing black foul line.  The same employee conceded that bowlers slip/fall over approximately once per month because the lane surface is more slippery than the approach.

The judge accepted that the foul line was not clearly visible and the warnings made about the dangers of “Glow in the Dark” bowling were inadequate.  He accepted that Ms Windley unsuccessfully attempted to look after her own safety.  The duty to her was owed and breached, and as a result she sustained injury.  He also found that there had been a breach of contract by Gladstone Ten Pin Bowl.  He did however concede that she failed to keep a proper lookout given her prior experience.  Based on previous court decisions, the judge determined Ms Windley was 40% contributory negligent.

Ms Windley sustained a significant left hip injury.  It was accepted she may require a hip replacement in future, which could potentially lead to her developing a whole person impairment of 15%.  After apportioning contributory negligence of 40%, the court awarded Ms Windley over $156,000.00.

Hall Payne Lawyers has significant experience in personal injuries law and the litigation involving public liability claims.  It is important that people act quickly if they are injured because strict time limits do apply. Should you require advice on a personal injury matter please contact us on (07) 3017 2400.