HPL wins for CEPU in Right of Entry matter 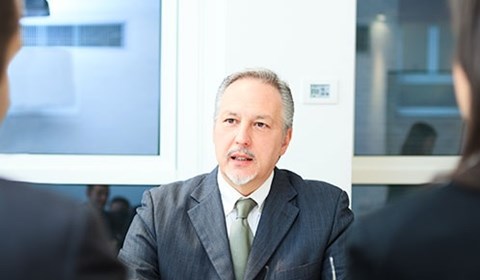 The Fair Work Act 2009 (FW Act) entitles officers or employees of registered unions to enter workplaces during working hours as long as a permit is obtained to do so and subject to a number of conditions. The Work Health and Safety (National Uniform Legislation) Act 2011 (WHS Act) provides a right of entry to inquire into a suspected contravention of that Act.

On 6 September 2015 a CEPU member raised safety concerns relating to the site at the Ichthys On-shore Construction Project at Blaydin Point (the Project). The following morning several officials of our client, the CEPU, went to the Project site to inquire into suspected safety contraventions of the WHS Act. It is alleged that over the course of the next week our client’s officials were refused, unduly delayed, hindered and obstructed as they tried to conduct investigations into the safety issues on the Project site, as was their lawful right. It is alleged that similar conduct was repeated by JKC and its representatives in the week of 21 to 25 September 2015.

In a decision handed down last week, Hall Payne Lawyers (HPL) obtained a number of injunctions against JKC Australia LNG Pty Ltd (JKC) in respect of right of entry at the Project.

The orders represent the second time the Federal Court has made urgent orders protecting the rights of CEPU officials exercising a right of entry at the Project. On 15 September 2015, HPL filed an originating application in the Federal Court on behalf of the CEPU, alleging that JKC and two individuals had contravened the FW Act.

The matter was first set down for an urgent hearing on 18 September 2015, at the end of which Justice White of the Federal Court made orders and issued a decision.

A further interlocutory application was filed by HPL, in relation to the alleged new contraventions of the FW Act in the week of 21 to 25 September 2015, which was set down for an urgent hearing on 8 October 2015. In that hearing HPL sought a number of orders, all seeking to protect the rights of CEPU officials exercising a right of entry to inquire into suspected contraventions of the WHS Act.

Prior to the hearing HPL secured an undertaking from JKC to allow CEPU officials access to certain parts of the Project which had been previously refused. Lawyers for JKC however opposed the remainder of the orders sought. At the end of the hearing on 8 October 2015 the Court made two further injunctive orders in favour of the CEPU.

These proceedings demonstrate the value of urgent strategic litigation to obtain interlocutory orders protecting the legal rights of union official permit holders, including in relation to right of entry, and the importance of enforcing legal rights under industrial and safety legislation.

If you require any assistance in relation to right of entry please do not hesitate to contact HPL Principal Luke Tiley (Brisbane), HPL Principal Joseph Kennedy (Sydney) or HPL Hobart office.