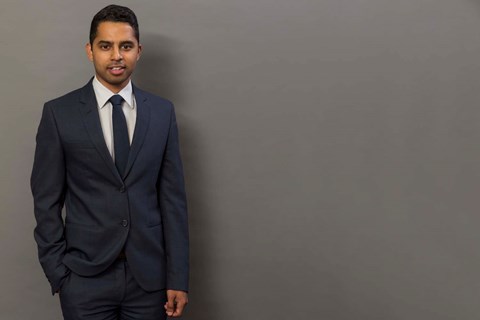 Hall Payne is proud to announce the appointment of Hobart lawyer Indi Gunadasa to Associate. Having joined Hall Payne in 2016, Indi is a key member of our Tasmanian office and has achieved significant victories in several employment law cases many thought could not be won.

In the most recent of these wins, Indi represented his client to win a rare reinstatement order in an unfair dismissal case. Keeping in mind the Fair Work Commission’s 2016-17 Annual Report states that less than 0.01% of applicants will receive a reinstatement order from the Commission, this was a fantastic outcome for his client and sets a strong precedent for future cases.

In 2017, he also achieved a landmark result in the Tasmanian Industrial Commission for a nurse employed casually, with the Commission finding that casual employees across the entire Tasmanian state service could be protected from unfair dismissal.

These results are a continuation of Indi’s career-long commitment of solving problems and helping individuals. He says “being promoted by Hall Payne is a privilege and I am happy to see some of the great results achieved in Tasmania recognised nationally. I look forward to continuing to assist disadvantaged workers in the Tasmanian community in their time of need.”

Indi graduated with a combined Bachelor of Business and Laws from the University of Tasmania in 2011 and was admitted to the Supreme Court of Tasmania and High Court of Australia in 2012. Prior to joining Hall Payne, he was a solicitor at Hobart Community Legal Service, where he still volunteers in their after hours clinic.

He notes of his appointment to Associate, “Since commencing with Hall Payne Lawyers, I have had the opportunity to work with a number of recognised leading lawyers in their respective fields of industrial relations, employment and personal injury law.  Through working closely with these individuals, I have had the benefit of developing my knowledge, experience and specific skillset.”

The Directors and Principals congratulate Indi on his appointment and look forward to continuing work together with him in the years to come.