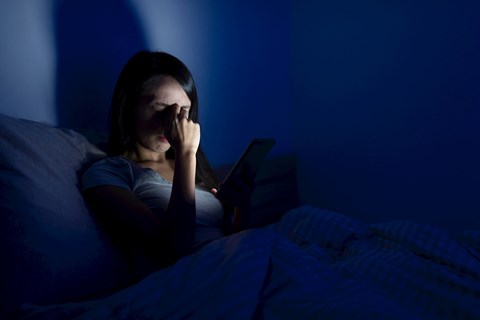 There is a greater and greater likelihood that whatever we’re doing, wherever, and whenever we’re doing it, it is being done with a mobile device in hand, or, within easy reach, or earshot. This means that many of our most memorable and sometimes intimate personal moments are being committed to our electronic devices’ memory for our own private review and reminiscences.

In the example, an offender allegedly posted details about his ex-partner, including her phone number and the type of humiliation she would purportedly enjoy online. This prompted a flood of messages from strangers, including some with graphic descriptions of violent sex acts.

‘She got 50 to 100 messages within a very short space of time, some of them were pretty demeaning and disgusting, but that's because he'd posted that that's what she liked.’

The Bill intends to make the sharing of intimate sexual images and recordings, without the consent of one person an offence under Queensland law.

The offence is technically described as a misdemeanour – but don’t let that fool you. While we normally associate the expression, ‘misdemeanour’ with a ‘minor wrong’ rather than a more serious offence, the changes in the law mean that you might receive as much as a three year sentence (increased from the previous two years) if you’re found guilty of this type of offence.

The proposed changes mean that, ‘distributing intimate images’, or, ‘observations or recordings in breach of privacy’ is an offence, and may be punished by a proposed new prison sentence of up to three years.

Additionally, even the threat of distributing the private images or materials is an offence punishable under the Criminal Code.

The proposed penalty for threatening to (even if no such image exists), or exposing any sexual or intimate activity where an adult has a reasonable expectation of privacy, will be up to three years imprisonment.

The new statutory regime also makes it an offence for a depiction to be altered, or ‘photoshopped’ in such a way as to appear in a sexually suggestive way.

The entitlement to privacy and its intersection with modern technology, along with the basic human emotions of lust, hurt, and revenge has caused a shift in the legal tools designed to regulate standards of human behaviour and conduct.

However, one thing remains common in the development of the law in respect of the standards of behaviour expected by society of its members; the new Act is merely a historical artefact, with the obvious standards of behaviour now enforceable by law, and their breach punishable by up to three years imprisonment in Queensland.

If you’ve been charged with a criminal offence, it’s important to seek legal advice from a lawyer experienced in criminal law. At the very least, you should understand your rights and entitlements.