Can I secretly record meetings with my employer? 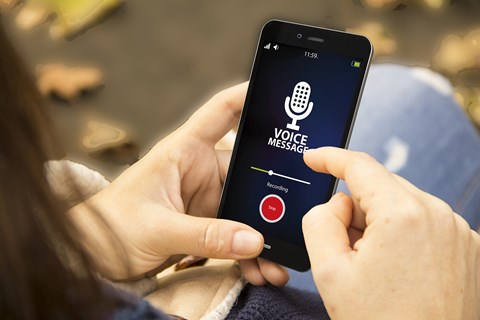 Recording conversations with your employer is becoming more common due to the ease and functionality of mobile phones which seem to never leave our side.  But be careful!

The availability and reassurance this can bring you when you are dealing with conflict at work is enticing. However, depending on where you live, how you record a conversation and the reasons why you’re doing it, it may get you into more trouble than you already find yourself.

In Australia, the legality of recording a conversation varies from State to State so before you go pushing that button, make sure you understand the laws that apply to the State you live or work in.

In New South Wales, the Australian Capital Territory and Tasmania, the relevant legislation makes it an offence for a person to record a conversation unless:

(a)  the person has the consent of all the parties involved; or

(b)  there is a belief that it is “reasonably necessary for the protection of the lawful interests of that party”.

Despite the defense to protect your lawful interests, it is important that you seek legal advice before you disclose any recording you intend to use. It has been found in some cases where individuals have recorded their boss, for what they believed was for the protection of their legal interests, the court has found that the true intention was to use the recording to “sue” their employer and, therefore, it was found to be illegal recording.

Penalties in NSW for illegally recording a person can include significant fines and/or up to five years imprisonment!

In Queensland, Victoria and the Northern Territory, the legislation is less punitive. It is legal to secretly record a conversation if you are a party to the conversation and:

(a)  if the conversation occurs face-to-face; or

(b)  if the conversation is over the phone and it is taped by an external device (held up to the earpiece of the phone or recorded with the phone on speaker), such as a dictaphone.

However, it is illegal to record a telephone conversation using a device which is physically attached to the telephone.

(c)  made in the course of legal proceedings; or
(d)  in the public interest; or
(e)  for the protection or the lawful interest of that person; or
(f)  made to a person who has, or is believed, on reasonable grounds by the person making the communication or publication, to have such an interest in the private conversation as to make the communication or publication reasonable under the circumstances in which it is made. One example of this may be disclosure in the course of a public interest disclosure – but get advice!

What about phone Apps?

The Telecommunications (Interception and Access) Act 1979 (Cth) (‘TIA’) deals with the use of listening or recording apparatus which electronically intercepts transmission across a telecommunications system. This includes:

(a)  equipment used for recording and converting the electrical impulses travelling along telephone wires into sound;
(b)  the use of a radio scanner to intercept mobile phone conversations;
(c) the use of a telephone bug attached by wire.

In a decision by the Western Australian Supreme Court in R v Catena, however, it broadened the understanding of what was considered to be a piece of equipment connected to a telecommunication network. This included electronic systems or software installed to record and preserve telephone conversations.

If the effect of the App is to record incoming and outgoing conversations as they are occurring, simultaneously with the transmission or before it is received by the device, it will likely be treated in the same way as a recording apparatus defined by the TIA.

If however, the App records data after it has been received by the device, it may be outside the ambit of the TIA. You should seek advice before using such a recording as it may depend on the device and App in question. Contraventions of the TIA may result in a criminal offence.

Despite it being legal to record a conversation in some States and Territories, the act of recording your boss secretly has come under scrutiny by decision-makers.

In unfair dismissals, the Fair Work Commission has traditionally taken a dim view of such behaviour. For example, Commission Cloghan upheld the dismissal of a Trade Assistant who secretly recorded a disciplinary meeting in the matter of Schwenke v Silcar Pty Ltd.

In this matter, Mr Schewenke’s defense to secretly recording the meeting was that his employer would “find any excuse to justify dismissal”.  The Commissioner found that this excuse was “self-serving” and “contrary to his duty of good faith or fidelity to the Employer, and undermined the mutual trust and confidence required in the employment relationship.”

Each case will vary on its facts so getting legal advice is crucial.

The ordinary conduct of personal, business and working relationships in our community is predicated on the basis that if there is to be any record of a meeting it will be agreed in advance. Anything else is quite properly described as sneaky. Its very sneakiness makes it abhorrent to ordinary persons dealing with each other in a proper fashion.

Similarly, in Jalea v Qantas Link Commissioner Bissett upheld the dismissal of a flight attendant noting that Ms Jalea’s conduct, in secretly taping a disciplinary meeting, impacted on the trust her employer may have had in her.

While it may be tempting to secretly record a conversation between you and your boss that you think may be useful to you in the future, you need to consider the legal ramification.

It is important to remember that it will depend on the circumstances of your matter and it is possible that by recording your boss it could lead to significant fines or even the termination of your employment. The best way to safeguard yourself is to seek permission from the persons involved in the conversation and/or if possible, seek legal advice before attending any disciplinary meeting.