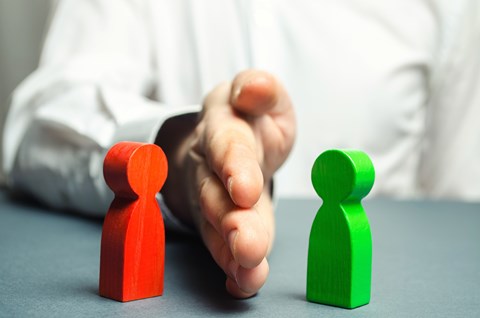 The Full Bench of the Fair Work Commission (‘FWC’) recently handed down a significant decision on the practices of a member of the Commission arbitrating proceedings in which they have previously conciliated. Hall Payne Lawyers Principal Joseph Kennedy acted for the CFMMEU in the proceedings, which sought to have a Commissioner recuse herself from an arbitration.

Whilst the Bench decided to dismiss the appeal, the Bench did lay down some useful principles to govern the interaction between conciliation and arbitration moving forward. This is particularly significant in circumstances where there are no legislative provisions that deal with this process in the Fair Work Commission.

Given the current legislation does not contain any provisions equivalent to earlier legislation, the Bench considered concerns that could give rise to a member being influenced following the conciliation process. These included:

The Bench further noted that the above practices during conciliation are effective ways in which to help resolve and settle disputes before the Commission. Providing parties with the right to object, ensures those practices remain effective.

It was also noted that the confidentiality of conciliations plays an important role in the effectiveness of resolving disputes prior to arbitration.

In our view, this is an important decision that provides useful guidance to parties to disputes in the FWC moving forward. The right to object to a member who has previously conciliated, then going on to arbitrate that same matter is an important right for such parties.

Joseph is a Principal in Hall Payne’s Employment and Industrial department in our Sydney office. He has a wealth of experience advising unions and employees who have been treated unfairly.

He has specialist accreditation from the NSW Law Society in Employment and Industrial Law and is a member of the Advisory Committee for that practice area. He is also independently recognised as a Leading Employment Lawyer in Doyles Guide.

Before joining Hall Payne, Joseph worked at a private labour law firm in Sydney. He has also worked as a lawyer with the Australian Manufacturing Workers Union and United Voice.

Joseph’s most satisfying recent case is the reinstatement of CFMMEU member and labour hire coal mine worker Kim Star.

<Read more about the author here>