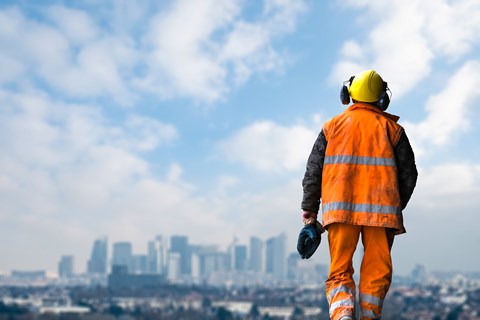 The Northern Territory Parliament is proposing to introduce industrial manslaughter laws which could see the prosecution of individuals and/or corporations found to be responsible for the death of an employee at work.  Industrial manslaughter, in jurisdictions where it is currently a crime, usually has a much broader scope than manslaughter under criminal law.

The crime of industrial manslaughter would become law as part of the Work Health and Safety (National Uniform Legislation) Amendment Bill 2019 (“the Bill”).

These reforms mean the Territory would be joining Queensland and the ACT as the only two jurisdictions who currently have industrial manslaughter laws in place. Victoria and Western Australia have announced or discussed similar plans to implement these laws in the future.

The legal response to worksite deaths varies across each State and Territory. In the Northern Territory currently, a person can only be charged with manslaughter under the Criminal Code which is not specific to workplace incidents and there is no manslaughter penalty for corporations at all.

The proposed Bill would create a definition for industrial manslaughter under section 34B of the Act.

What does this mean for workers and workplaces in the Northern Territory?

Every worker, regardless of where in the country they are, has the right to return home safely from work.

According to Safe Work Australia, the Northern Territory has by some margin, the highest rate of work-related fatalities per capita. Unions have been pushing for some time for industrial manslaughter laws to be passed to address the alarmingly high rate of serious incidents in workplaces.

The proposed reforms will affect employees and employers in all corners of the Territory. The reasoning behind these laws is to create accountability for employers to not shirk workplace safety by taking cost and time cutting measures, especially in high-risk industries.

It is hoped the reforms will lead to a change in attitude and behaviour from employers to ensure they are prioritising their health and safety duties and obligations, leading to a safer workplace.

In Queensland, the industrial manslaughter laws were brought in response to two deaths at Eagle Farm Racecourse and the deaths of four visitors at Dreamworld in 2016.

In the ACT who were the first to introduce industrial manslaughter offences, a company or individual can be guilty of an offence where a poor company safety culture contributed to a death.

Whilst there are some questions concerning how effective these laws are at preventing deaths, anything that acts as a deterrent for employers to cut corners and thus improve safety standards and reduce the risks of these tragedies is a win for workers.

Hall Payne Lawyers Northern Territory and across the country support the implementation of these laws and is currently assisting the relevant Unions in the Territory in advocating for the laws to be as strong as possible.

With a Parliamentary Committee to table a report on the issue by the end of November, it is expected the laws will be passed in the Northern Territory by the end of 2019.

Hall Payne Lawyers can assist any person or advocacy group who has concerns about breaches of health and safety laws at their workplace or any other issues related to employment law and NT workplace injury laws.