Win for emergency workers with PTSD claims in the NT 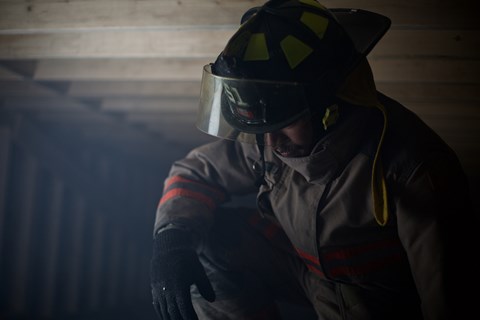 The Northern Territory Parliament is proposing to introduce laws which will mean dedicated emergency services workers, such as paramedics, firefighters and police, will have any compensation claims, lodged with the necessary supporting medical evidence, for Post-Traumatic Stress Disorder (“PTSD”) relating to their work, automatically accepted.

These laws form part of proposed Return to Work Legislation Amendment Bill 2020 (“the Bill”) and, if introduced, will greatly improve the Northern Territory Workers Compensation claims experience and outcomes for emergency service workers.

The fight for these amendments to the Return to Work Act (“RTWA”) has been taken up by the Northern Territory Branch of the United Workers Union and its members, with Hall Payne Lawyers providing legal advice and assistance every step of the way.

In the Northern Territory, PTSD is not specifically referred to under the RTWA. Emergency workers who make compensation claims for PTSD, including the many that Hall Payne Lawyers represent, almost always have their claims rejected by employers and their insurance companies. As a result, workers are often dragged through long and stressful legal proceedings.

Having a claim rejected, despite obtaining medical evidence which supports it, is usually very detrimental to a person’s wellbeing as they are made to relive traumatic events, feel like their injury is treated as insignificant or that they are ‘putting it on’.

All the while the worker is suffering financially as they are not receiving any income or compensation.

Proposed reforms and their impact

With these proposed new laws, PTSD will be deemed a mental health disease under the RTWA for any emergency worker/first responder who has attended an emergency situation or incident. This will include volunteers.

Insurance companies will have little choice but to accept the claim and pay the worker their entitlements and would need compelling medical evidence before they could even consider reducing or ceasing a worker’s claim to compensation.

These laws are an important step forward as they recognise the very real risks to mental health that come with these challenging occupations and in particular, prevalence of PTSD for these workers. It also provides workers with a degree of confidence that should they suffer from PTSD due to responding to an emergency incident at work, they will be supported rather than doubted and dragged through stressful legal proceedings.

Asbestos-related diseases for firefighters also to be covered

Certain work-related asbestos diseases and cancers for firefighters will also be deemed diseases and accepted as compensation claims.

Hall Payne Lawyers has strongly supported the implementation of presumptive PTSD laws and other reforms to the Worker’s Compensation Scheme that will improve outcomes for all Territory workers.

We will continue to provide submissions to Parliament supporting the passing of these amendments and advocating for the laws relating to workers’ rights to be as strong as possible.

With a Parliamentary Committee to table its report in early May 2020, it is expected the laws will be passed by mid-year.

Hall Payne Lawyers represents workers across Australia. We are committed to assisting workers, including emergency services workers when it comes to protecting their rights and entitlements.

If your workers' compensation claim has been rejected or your payments have ceased or been reduced, or you have any other concerns about your claim, you should seek expert advice from a lawyer experienced in workers compensation claims.