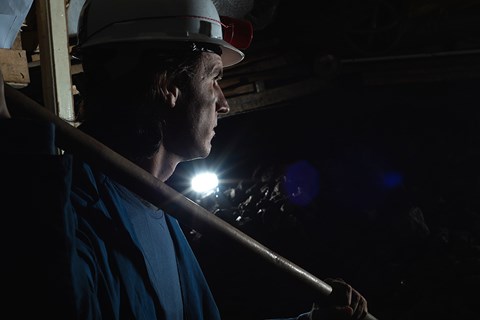 The recent Full Federal Court decision of WorkPac Pty Ltd v Rossato [2020] FCAFC 84 (“Rossato”) has upheld the decision of the Full Federal Court in Skene; that a worker paid and classified as a casual employee is entitled to the leave entitlements (annual leave, sick leave etc) of a permanent employee where there is a “firm advance commitment” of work.

The Court upheld the finding in Skene that the usual “indicia of casual employment referred to in the authorities – irregular work patterns, uncertainty, discontinuity, intermittency of work and unpredictability – are the usual manifestations of an absence of a firm advance commitment”.

In terms of the background facts, Mr Rossato (“the worker”), was a production coal mine employee, who worked for Workpac for four years and was employed under six consecutive contracts as a Casual Field Team Member.

The decision considered whether the worker was a casual employee for the purposes of the Fair Work Act 2009 (Cth) (“the FW Act”) or whether he was entitled to paid annual, personal/carer’s and compassionate leave entitlements under the National Employment Standards (NES) as well as paid public holidays under the FW Act.

The parties agreed that a casual employee is an employee who has no firm advance commitment from their employer to continuing and indefinite work according to an agreed pattern of work (“firm advance commitment”): see Skene. In other words, casual employment is defined by an irregular work pattern, uncertainty, discontinuity, intermittency of work and unpredictability.

Workpac argued that the existence of a firm advance commitment was properly determined by the express terms of the contract of employment and not how the contract was actually performed. Workpac argued therefore that the worker was a casual employee because there was no firm advance commitment as to the duration of his employment or the days or hours he would work in his contracts of employment.

The Court held that the existence of a “firm advance commitment” may be determined with respect to the employment contract as a whole and not just the express terms within the contract.

In Rossato, the Court held that Workpac and the worker had agreed to stable, regular and predictable employment for an indefinite duration and that firm advance commitment was evident in each of his six contracts.

The Court concluded that the circumstances of Mr Rossato’s employment could not be distinguished in a material way from those in Skene, in that a firm advance commitment existed in both matters.

What about the alleged notion of “double-dipping”?

The Court rejected Workpac’s argument that it was entitled to repayment of the casual loading amount paid to the worker.

The Full Bench found that there was no relevant mistake and no failure of consideration that would support restitutionary relief.

The first and second points largely turned on the facts of the case and the contracts in question.

In Rossato, the regulation did not apply because Mr Rossato sought payment of his NES entitlements, not payment in lieu. Justice Bromberg stated that:

WorkPac’s statutory obligation was to provide Mr Rossato with entitlements to paid annual leave, paid personal/carer’s leave and paid compassionate leave in accordance with the terms of the FW Act and the Enterprise Agreement… That would be so even if Mr Rossato had agreed to accept something else in lieu of or in substitution of the entitlements because WorkPac and Mr Rossato cannot contract out of those entitlements or the timing and manner of their provision.

Am I entitled to paid leave as a casual employee?

If you are a long-term casual employee with stable, predictable and regular employment, you may be entitled to paid leave under the NES and paid public holidays. Underpayment claims must be brought within six years of the date that the payment became due.

Can my employer force me to go permanent part-time?

Whilst your employer cannot absolve themselves of their pre-existing leave liability, they may put pressure on you to convert from casual employment to permanent part-time employment.

Your employer cannot unilaterally change your terms and conditions of employment. Further, it is unlawful for an employer to take adverse action against an employee for refusing to convert from casual to permanent part-time.

If you require advice on whether you are entitled to leave (annual leave, carers/sick leave etc) as a casual employee or if your employer is pressuring you to change your employment terms and conditions against your wishes, you should seek expert advice from a lawyer experienced in employment law. You can contact us by phone or email to arrange a telephone or videoconference consultation.