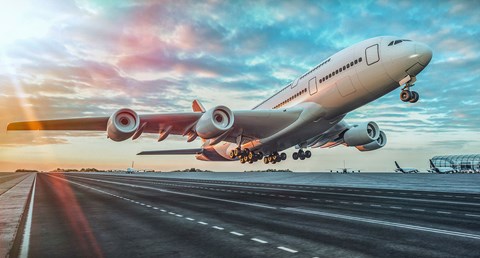 Hall Payne recently acted for the Australian Aircrew Officers Association (“the AAOA”) in an industrial dispute with Cathay Pacific about remuneration for participating in training. Hall Payne Principal, Joseph Kennedy appeared in the FWC for the AAOA as advocate.

The dispute related to clause 11.2 of the Cathay Pacific Airways Limited Australian Based Aircrew Enterprise Agreement 2016 (‘the Agreement’). That clause dealt with the manner in which Cathay’s Australian-based Airbus pilots were remunerated for doing E-learning training modules.

Cathay’s interpretation of clause 11.2 of the enterprise agreement

Cathay’s initial interpretation of clause 11.2 was that, as the employer, it had sole discretion over what types of courses constituted ‘E-learning’ and therefore attracted payment.

The flashpoint for the dispute was an online course about a new model of aircraft (‘the A350-1000 Differences Module’), which Cathay required its pilots to undertake. Cathay considered this to be ‘professional training’ and accordingly declined to compensate the pilots for the time they spent doing the training.

AAOA challenges the decision of Cathay

The AAOA disagreed with Cathay’s interpretation of clause 11.2, saying it was inconceivable that the drafters of the clause would have intended to give the employer such an unfettered discretion. Such an interpretation could render the entitlement meaningless.

The AAOA argued that the principles governing the interpretation of workplace instruments required terms such as ‘E-learning’ be given their plain and ordinary meaning. It submitted that the plain and ordinary meaning of ‘E-learning’ was computer-based training or learning that was required or directed by Cathay to be undertaken by an employee. Such training could be undertaken in their own time using the employee’s own computer equipment.

A similar dispute had arisen between Cathay and its pilots in the United States of America. That dispute was arbitrated by an American tribunal.

In rejecting Cathay’s arguments, Deputy President Sams of the Fair Work Commission said that Cathay’s “inconsistency and selectivity is breath-taking”.

This was an excellent result for the Australian pilots employed by Cathay Pacific.

Hall Payne prides itself on making sure that workers are able to access the full extent of their employment entitlements. If you’ve been wronged by an employer in relation to your workplace rights and entitlements, you should seek advice from your Union or a lawyer experienced in industrial law.