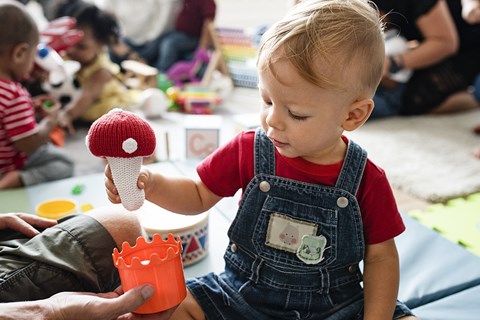 A childcare worker in Gladstone (Queensland), who was dismissed for repeatedly refusing to get the flu vaccine, has lost her unfair dismissal case against her employer, Goodstart Early Learning (“Goodstart”).

Ms Barber, an educator with Goodstart, refused to comply with Goodstart’s workplace policy that required its staff to be vaccinated against influenza. Ms Barber identified that the basis of her objection was that she suffered from coeliac disease, had a ‘sensitive immune system’ and had suffered an adverse reaction to a flu vaccine administered approximately 11 years prior.

While Goodstart’s vaccination policy stated that flu vaccines were ‘mandatory’ for its employees, it did in fact contain an exception from the requirement to be vaccinated in circumstances where the employee suffered from a medical condition whereby administration of the vaccine could cause an adverse reaction.

The Fair Work Commission (“the Commission”) found that, despite submitting two medical certificates from different general practitioners, the certificates produced by Ms Barber were ‘vague’ and contained ‘nothing substantive’ in terms of a medical reason justifying her refusal to comply with the policy.

The Commission also noted that Ms Barber had been unable to find a doctor who would complete Goodstart’s pro forma medical certificate, in which the doctor was asked to mark a box if they believed Ms Barber’s medical condition would place her at an increased risk of an adverse reaction to the flu vaccination.

In the absence of medical evidence in support of her concerns, Ms Barber’s objections to the flu shots were found to be ‘conscientious objections’ that did not excuse Ms Barber from her obligation to comply with the policy.

The Commission rejected Goodstart’s argument that the requirement to be vaccinated against influenza was an inherent requirement of Ms Barber’s role. But the Commission did find that Ms Barber had engaged in conduct justifying her dismissal when she failed, without excuse, to comply with a lawful and reasonable direction from her employer to submit to the vaccination.

Worker failed to comply with lawful and reasonable directions

Importantly, the Commission’s decision confirms that the ‘lawfulness’ and ‘reasonableness’ of a direction that an employee be vaccinated, can only be determined after considering a number of factors including:

In determining that the direction was reasonable, the Commission had regard to the highly regulated industry in which Ms Barber worked, along with the fact that she was in direct contact with children who do not have fully developed immune systems and may not be old enough to have the vaccination themselves.. Specifically, the Commission noted that the early childhood education industry has a history of requiring staff to be vaccinated against certain diseases, such as whooping cough, and that Goodstart’s vaccination policy was supported by the United Workers Union.

The same circumstances will not necessarily exist in other industries/workplaces, meaning the decision likely has limited application to workplaces that provide hands-on care to vulnerable members of the community.

Notwithstanding the fact that this decision turned on the specific circumstances of the case, there are important lessons that can be drawn from this decision, including:

If you have concerns about the reasonableness or fairness of directions provided to you by your employer, you should seek advice and assistance either from your Union in the first instance, or from a lawyer experienced in employment law.

You can listen to that interview here.

Get in touch with today's blog writer:
Ellie Bassingthwaighte

Other blog posts by Ellie...

Can my employer stand me down?

All you ever wanted to know about your annual leave entitlements