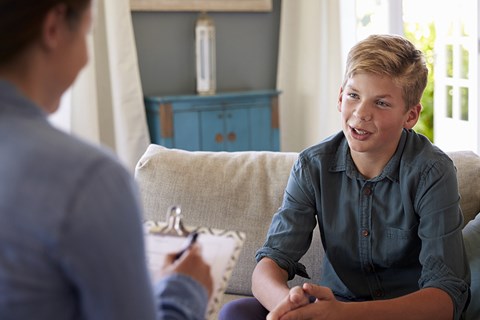 In certain family law proceedings (not all), an independent children’s lawyer (“ICL”) will be appointed to represent the best interests of your child. Your child will not be able to instruct the ICL nor choose the lawyer they want to represent them during your proceedings.

The court has the power to appoint an ICL under section 68L of the Family Law Act (1975), or upon the application of a child, an organisation concerned with the welfare of a child or any other party in the proceedings.

An ICL is usually appointed by the court to assist in promoting the best interests of the child where family law proceedings involve:

This is not an exhaustive list and a court may appoint an ICL on other reasons.

The role of an Independent Children’s Lawyer

The primary role of an ICL is to provide an independent view on what decisions or arrangements are in the child’s best interests based upon the information available at the time.

An ICL may also interview or speak with the child to ascertain the views of the child as well as the development level in the child. In deciding whether it is appropriate to interview the child, the ICL will take the child’s age into account. As a general guideline, if the child is attending high school, they will almost always be interviewed by the ICL whereas a child who is much younger and still in pre-school may not be interviewed.

To assist in determining the best interests for the child, the ICL may in addition to interviewing the child:

The court is not bound to accept the ICL’s recommendations but the court must consider the evidence put forward by the ICL when making a final determination in parenting matters.

However, given the independent nature of the ICL and the information available to the ICL through interviews with the child (where appropriate), speaking with school teachers etc, the court will give serious consideration to the ICL’s recommendations.

In Queensland, Legal Aid Queensland is commonly responsible for making arrangements for the ICL, both in appointing the specific lawyer and in determining costs.

However, Legal Aid Queensland usually cannot pay for all of the ICL costs and it is highly likely that the parties will need to contribute to the costs flowing from the appointment of the ICL.

However, the court also has the discretion to make an Order that either one or both parties to the parenting dispute pay or contribute to the costs associated with the ICL representing the child, having regard to their capacity to do so.

It is not uncommon for a child to say one thing to a parent and another to the opposite parent, with the aim of pleasing one particular parent or both.

An ICL plays an integral role in family law proceedings as they independently determine what decisions or arrangements are in the child’s best interests and also assist the court and the parties in determining a particular course of action that will also promote the child’s best interests. More importantly, it enables the child to be involved in the decision-making process and facilitating the child’s participation in the proceedings when deemed appropriate.

If you require guidance or assistance with your family law matter, whether it in relation to parenting issues, children’s matters or any other issue, please get in touch with a Hall Payne family lawyer.