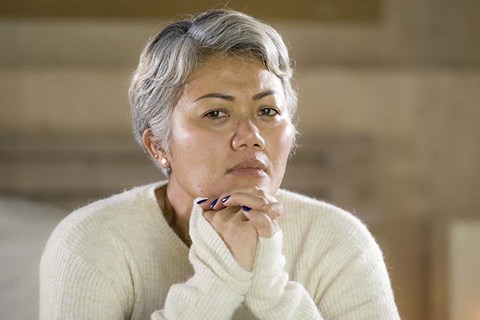 In October 2013, a Canberra based self-employed woman took out an income protection insurance policy with TAL. After being diagnosed with cervical cancer in January 2014, she made a claim on her income protection insurance. Not only was the claim was denied by TAL, but they also cancelled the claimant’s insurance policy and advised her that she owed them $24,649.91 for a “breach of your duty of good faith”.

The case came before the Federal Court of Australia

The case of Australian Securities and Investments Commission v TAL Life Limited (No 2) [2021] FCA 193 came before the Federal Court of Australia (“FCA”) as a result of a referral from the Financial Services Royal Commission (2018) to the Australian Securities and Investments Commission (ASIC). The complaint has highlighted the lengths that TAL have gone to in the past to avoid paying out on insurance policies.

The FCA determined that it was TAL that breached its duty to act with “utmost good faith” under Section 13 of the Insurance Contracts Act based on a number of failings.

Actions of the insurer that led to this case

TAL engaged in a process referred to as “retrospective underwriting”. This is where information obtained in the course of assessing a legitimate claim, is utilised by insurance companies to look back in time to determine whether insurance would have been offered initially if the particular information had been disclosed or known to them.

TAL utilised consent authorities signed by the insured individual to obtain her medical history. This was not for the purposes of assessing her claim but rather, to undertake an investigation to determine the validity of the policy. They did not inform her they were doing that.

TAL then failed to provide the claimant with the opportunity to explain why she did not disclose certain portions of her medical history to them, which indicated she had suffered from depression.

They also failed to further investigate or make enquiries of medical professionals (treating doctors of the claimant) about the true nature of her mental health, to determine whether this would have been a relevant factor in confirming the actual risk of insuring her.

Chief Justice Allsop found that TAL had also breached its duty to act with the utmost good faith because its dealings with the customer lacked “decency and fairness”.

TAL accused the customer of having acted without good faith, threatened to recover monies paid to her whilst their investigation was pursued and cancelled her policy without notifying her and providing her with an opportunity to address their concerns.

“policies of this kind providing income protection are very important to the economic and human wellbeing of people. The legislation is, after all, about human and commercial conduct, relationships and activity. How an insurer conducts itself in its claim handling may be said to be part of the benefits for which an insured pays.”

“ASIC expects those involved in handling insurance claims to act consistently with commercial standards of decency and fairness, ensuring claims are handled in a fair, transparent and timely manner.”

Consumers put trust in their insurers and that is an important part of the relationship which relies on the core and long-standing principle of the duty of utmost good faith.  That doesn’t just refer to acting dishonestly or engaging in false or misleading conduct but includes failing to meet community expectations of decency and fairness.

If you’ve had an income protection or total and permanent disability (TPD) insurance policy cancelled or a claim declined, you should get legal advice about your options for having that decision reviewed.

Hall Payne Lawyers have experts in superannuation and insurance law who can undertake an assessment in relation to appealing rejected claims. Please contact us for further information about your options.