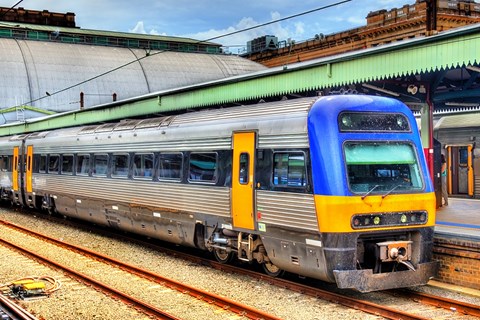 Early in 2021, Sydney Trains made significant modifications to a fleet of around 500 light vehicles used by its service and maintenance employees. It is a requirement under road transport legislation in NSW that modifications carried out on a registered light vehicle must comply with the applicable vehicle standards – in this case, the Light Vehicle Standards Rules. There is also a prohibition in clause 84 of the Road Transport (Vehicle Registration) Regulation 2017 (the Regulation) on a vehicle with a “significant modification” being operated without a compliance certificate for that modification.

Effect of the modifications on worker safety

The nature of the modifications to the Sydney Trains vehicles meant the vehicles no longer complied with the Light Vehicle Standards Rules and had the potential to compromise the safety of occupants in the event of an accident – including, for example, by potentially impacting the proper deployment of airbags and restricting passenger leg room.

ETU members at Sydney Trains were rightfully concerned that the modifications posed a significant risk to worker health and safety. While SafeWork NSW issued an improvement notice to Sydney Trains, the notice did not go so far as to prohibit the use of the vehicles.

TfNSW exercised that discretion and granted Sydney Trains an exemption from compliance with the relevant sections of the Light Vehicle Standards Rules impacted by the modifications. On that basis, TfNSW claimed that the vehicles could be operated under the exemption until compliance certificates were issued.

The Union and its members were justifiably concerned by the various safety risks that might arise from that approach and instructed Hall Payne Lawyers to seek to address the issue.

Action taken by ETU to protect members and the public

We wrote to TfNSW on behalf of the ETU seeking that the exemption be withdrawn. We argued that, while the exemption had the effect that the Sydney Trains vehicles did not need to comply with the Light Vehicle Standards Rules, it did not overcome the absolute prohibition in clause 84 of the Regulation.

In response to our letter, TfNSW accepted our contention that the exemption granted did not operate to negate the need for modifications to be subject to a compliance certificate, as required by clause 84 of the Regulation.

TfNSW agreed to amend the exemption granted to the extent that where it purported to exempt Sydney Trains from the certification requirement, any such aspect of the exemption was withdrawn. It thanked us for bringing the Union’s concerns to its attention.

It is clear now that the modified Sydney Trains vehicles cannot be operated on roads or road related areas until each vehicle has been inspected and a compliance certificate issued.

Worker health and safety is core union business and we are pleased to have been able to assist the ETU in securing a significant win for the health and safety of its members at Sydney Trains. By considering and applying the relevant road transport legislation, we were able to assist the Electrical Trades Union to resolve the matter swiftly and without the need for litigation.

Get in touch with today's blog writer:
Madeleine O’Brien