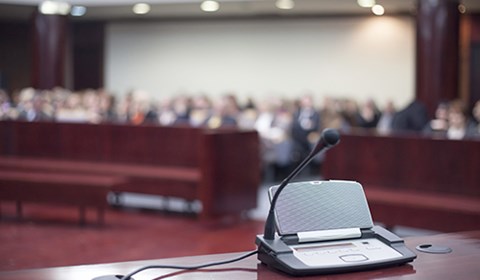 On 10 February 2015 a Full Bench of the Fair Work Commission in Serco Australia Pty Ltd v United Voice [2015] FWCFB 841 dismissed an appeal which sought to challenge a dispute finding which provided for back pay to United Voice members at the Southern Queensland Correctional Centre.

The matter went before Commissioner Booth in the Fair Work Commission who held on 19 December 2014 that:

Serco Australia appealed Commissioner Booth’s decision to the Full Bench of the Fair Work Commission. Serco argued that that Commissioner Booth did not have jurisdiction to hear the dispute and that the decision for the United Voice members to be paid back pay should be set aside.

United Voice engaged Hall Payne Lawyers to act on its behalf in the appeal. On appeal, the Union argued that the dispute was within the jurisdiction of Commissioner Booth and that the appeal should be dismissed.

This is an important decision as the workers covered by the Serco Agreement will now receive back pay.

This decision illustrates how important it is for workers to be members of their union, as unions are able to not only negotiate better conditions for their members, but if a dispute arises about an Industrial Instrument, such as occurred with the Serco Agreement, the union will support its members through the dispute.