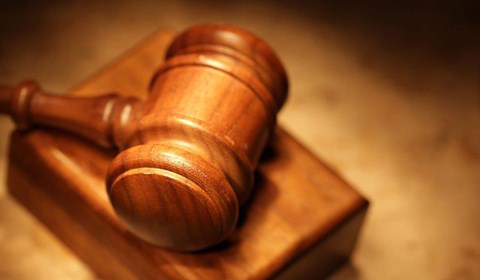 A recent ruling by the Fair Work Commission’s full bench has seen the Registered Organisation Commission (ROC) given a stinging rebuke and quashed its refusal to grant the Queensland Together Branch of the Australian Municipal, Administrative, Clerical and  Services  Union (ASU) request for an extension to file election information.

The delegate of the ROC, Mr Chris Enright, gave no consideration for the reasons given by the Queensland Together Branch of the ASU for the extension of the prescribed information lodged by the ASU on 1 and 9 June 2017 in refusing the ASU’s request for an extension and also stated that the ASU had liability for a civil penalty for not meeting the deadline.

John Payne, Director of Hall Payne Lawyers and one of Australia’s leading experts in governance and compliance took on the case on behalf of the ASU and the Branch.

In respect of what the Fair Work Commission (FWC) characterised as the Mr Enright’s first decision, the ASU’s first ground of appeal focused on the delegate’s statement that his refusal to allow a later date for the lodgment of the prescribed information “renders the organisation liable for a civil penalty” under s 189(2). The Commission found that  It was clear that the delegate had no power to find that the ASU was liable to a civil penalty, and it was not necessary for the delegate to form a view about that matter in order to reach a conclusion as to whether to allow the ASU an extension of time to lodge the prescribed information under s 189(2). Although the observation may be the subject of criticism, in that it was gratuitous and might give rise to a perception of insufficient impartiality, we do not consider it to constitute an appealable decision.

The FWC found that  Mr Chris Enright went further and advanced submissions seeking that the ASU’s rules be interpreted in a particular way in defence of the appeal. The decision of the delegate under appeal did not enunciate any such interpretation; rather the delegate seems to have proceeded, reasonably enough, on the assumption that because the ASU sought a later date of lodgement under s 189(2) of the RO Act it had not in fact lodged the prescribed information on the prescribed date. That is, the particular interpretation of the ASU’s rules submitted by the Commissioner’s lawyers in the appeal was not advanced in defence of the delegate’s reasoning, but simply to defeat the appeal. Such an approach might conceivably give rise to a perception of a lack of impartiality, particularly given that the Commissioner will necessarily be involved on an ongoing basis in regulatory dealings with the ASU in the future, and should have been avoided.