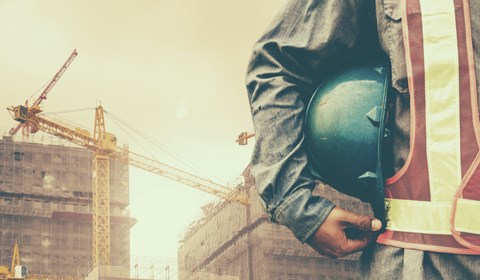 Through employing a planned and comprehensive strategy, Hall Payne Lawyers were recently able to assist a CFMMEU official with regaining his federal right of entry permit.

An unrestricted right of entry permit is obviously of crucial importance to union organisations, enabling union officials to enter premises for specific purposes and is legislated as part of Commonwealth and state workplace laws. As the Fair Work Commission sets out, the laws allow an official to enter premises for the purpose of:

Having held his Federal permit since 2008, Townsville CFMMEU official Michael Robinson had been denied this permit by the Commission in 2017. Part of the reasoning for the refusal of the permit on that occasion was the reliance on a decision made under s.418 in relation to organising industrial action.

Hall Payne devised a strategy to make a fresh application for his federal permit, including specialised training with a former member of the Commission. Hall Payne also submitted before the Commission that the previous reliance on the findings made in a s.418 decision was wrong, and that no weight should be given to those findings.

The decision by the Fair Work Commission noted the importance of this training “about the rights and obligations of a permit holder on two occasions in 2017 through different vehicles is a matter that weighs in favour of a conclusion that he is a fit and proper person to hold a right of entry permit and the Act.” The Commission decided that the previous decision was incorrect and granted his permit without any conditions.

In relation to the previous reliance on the s.418 decision, the Commission accepted our arguments, finding that the relevant state of satisfaction in such matters is merely that “if it appears” industrial action is being organised. His Honour found that the reasoning in the s.418 decision was “less than compelling” and that it did not provide a “sound basis to infer that Mr Robinson was organising industrial action.” His Honour ultimately determined that it was unsafe to ascribe any weight to that s.418 decision.

This case establishes an important precedent for future permit applications. It reinforces that the Commission should exercise considerable caution in applying previous findings made in s.418 matters to the question of whether an official is a “fit and proper person” to hold a permit. Hall Payne Lawyers were proud of this result and subsequent return of an unrestricted entry permit to Mr Robinson.

If you have an industrial relations matter, Hall Payne’s expert and award winning advice can help. Contact us via our contact page, or on 1800 659 114 for a consultation today.