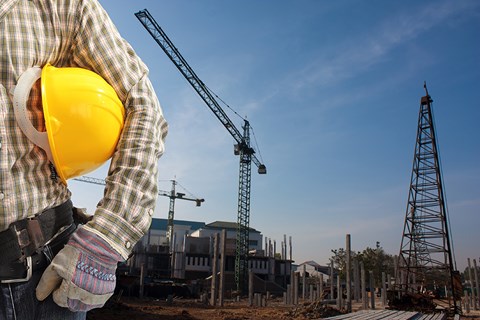 In what our clients have described as a “landmark victory”, Hall Payne Lawyers has successfully defended an unprecedented attack by the Queensland Police Service on union officials’ statutory right of entry in Queensland.

On 17 December 2018, four union officials from three different unions attended the worksite of a recalcitrant employer for the purpose of investigating suspected safety contraventions. Each union official held valid right of entry permits in accordance with the Fair Work Act 2009 (Cth) and the Work Health and Safety Act 2011 (Qld).

WHSQ inspectors arrived a short time later but were told by the employer and a police officer to leave before the matter was resolved. This is despite a memorandum of understanding being executed by the Queensland Police Service and the Office of Industrial Relations which confirmed that WHSQ is the appropriate authority to deal with the matter at hand.

The police officers then incorrectly tried to argue that the union officials’ right to remain at the worksite had ceased because the WHSQ inspectors had left. The union officials rightly stood their ground and were ultimately arrested. They were then each charged with one count of trespassing, before being transported to a watchhouse and placed in a locked cell for several hours. They were later released on onerous bail conditions which we successfully had removed less than 48 hours later.

Despite several attempts by Hall Payne to explain the relevant industrial legislation to the prosecution, the arresting police officers refused to withdraw the charges against the union officials and asserted that the charges related to unlawfully remaining at the workplace; not entering. The union officials’ matters were then heard together in a three day hearing in the Brisbane Magistrates Court before Magistrate Wendy Cull.

During the hearing the conduct of the police officers was heavily scrutinised.

It was revealed that, before giving the union officials any opportunity to explain what their right of entry permits allowed them to do, one police officer made comments such as, “why are your industrial laws above our laws?” and “you are the ones doing things wrong today, not us”. The police officer was later embarrassed in court when he initially denied that he made those comments, only to be forced to admit to his conduct a few minutes later after viewing a video recording.

Another police officer claimed that he did not make any notes in his official police notebook on the day. He was later confronted with a video recording that depicted him taking notes in his police notebook. The Court ultimately found his evidence was untruthful on that basis.

In what can only be described as a scathing judgment that described some police evidence as “naïve and concerning”, Magistrate Cull struck the charges out on the basis that the defendants, our clients, had “no case to answer”. Her Honour made her finding on four bases, which included:

The prosecution case against the union officials was so flimsy it did not even proceed to the point where the Magistrate had to make findings about whether the charges had been proven beyond reasonable doubt. It was dismissed immediately after the close of the prosecution case.

The statutory right of entry regime plays a significant role in ensuring that Australian workers are protected from imminent risks to their health and safety, and attacks on their lawful entitlements, by employers who think they are above the law. Hall Payne Lawyers will continue to play our part for the union movement by ensuring that such important rights for union officials remain protected at all costs.

Get in touch with today's blog writer:
Kris Birch

Other blog posts by Kris...

How to prepare for a sentencing hearing in Queensland