Undue influence and coercive behaviour towards a Will-maker 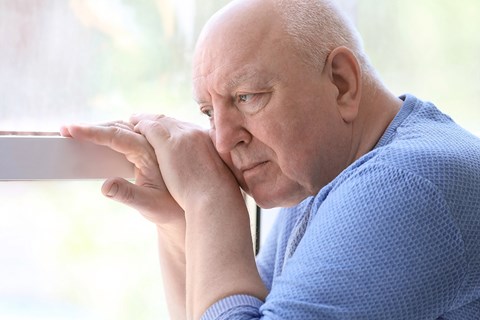 All too prevalently we receive enquiries from family members who are suspicious that a vulnerable or elderly family member has been influenced or even bullied by a close relative or family member, to change their Will.

What is ‘undue influence’?

Undue influence refers to situations where a Will-maker is under pressure to write a Will in a way that actually goes against their true wishes. Manipulative behaviour such as blackmail, threats, lies and flattery may be used to unduly influence a Will-maker.

The issue of undue influence being used by a family member or beneficiary in relation to a person making or changing their Will is very difficult to prove.

Only actual coercion will invalidate a Will. Persuasion, influence or indeed opportunity is not sufficient.

In the leading case of Wingrove v Wingrove (UK), endorsed by Australian courts, Sir James Hannen explained in his direction to the jury about the different kinds of coercion, in terms that may be particularly pertinent to older people:

“The coercion may of course be of different kinds, it may be in the grossest form, such as actual confinement or violence, or a person in the last days or hours of life may become so weak and feeble that a very little pressure will be sufficient to bring about the desired result, and it may even be that the mere talking to him at that stage or illness and pressing something upon him may so fatigue the brain, that the sick person may be induced, for quietness’ sake, to do anything.  This would equally be coercion though not actual violence.”

Thus, even though influence may be bad, it is not undue influence unless this essential element of coercion is established.

The general principle is that the court must distinguish between legitimate influence, persuasion and pressure on the one hand and coercion on the other; which deprives the Will-maker of free will.

There is no presumption of undue influence

Unsurprisingly, with this standard required in order to establish undue influence and the fact that the onus of proof lies with the person alleging undue influence (eg, another family member, a friend or even the Will-maker themselves), there are not many cases where this has been upheld by the courts.

Standard and onus of proof

The standard of proof required to prove an allegation of undue influence requires the court to be satisfied that the circumstances raise a more probable inference in favour of what is alleged than not, after the evidence on the question has been evaluated as a whole.

It is not enough to establish that the person has the power unduly to oversee the Will. It must be shown that the power was actually exercised, and the result of that exercise was the executed Will.

The fact that there are circumstances which arouse the court’s suspicion does not affect the issue of undue influence. The onus remains on the party alleging undue influence.

What if undue influence can be proven?

If it can be proved that the whole Will made by the Will-maker was induced by undue influence, then the Will is invalid and cannot be admitted to probate should the Will-maker die. If only part of the Will is affected, then that part only may be excluded.

The question of whether undue influence was applied to a Will-maker was determined in the Queensland Supreme Court decision of Lyons J in Birt and Anor v The Public Trustee of Queensland and Anor [2013] QSC 13.

It was found there was no evidence that he convinced the Will-maker to change her Will so that she left the entire estate to him on her death.

In finding no evidence of undue influence by the son on the Will-maker, Justice Ann Lyons said that:

This practical case highlights the difficulty in succeeding in proving undue influence under the present state of the law.

Anyone who suspects that they have been left out of a Will due to coercion being applied to the Will-maker should seek legal advice from one of our Wills and Estates lawyers.

Even during COVID-19, we continue to provide our client services to the highest standards.

Get in touch with today's blog writer:
Paul Spoto

Other blog posts by Paul...

Enduring Power of Attorney and providing gifts to your attorney

Nursing and Midwifery Board decision: no suspension of registration after serious criminal charge

Contesting a Will - who can challenge my Will?