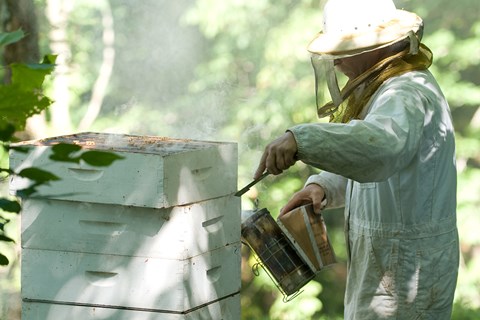 Hall Payne is representing the daughter of a man who died as a result of anaphylactic shock after a bee sting at a bee farm site. The matter is before the Coroner in the Magistrates Court Coronial Division, with one of the main issues to be determined is whether the victim was a “worker” at the time of the incident. Exploring the issue will also be relevant for the family in relation to potential entitlements under workers compensation and fatal accident laws.

Mr Wallace Bryers died when he went into anaphylactic shock after being stung by bees at a beehive site operated by Tasiliquid Gold Honey in January 2018. The operators of the bee farm deny that Mr Bryers was a worker of the business but rather a visitor.

A coronial inquest is now being held to determine whether Mr Bryers was in fact a worker and examine the issues surrounding safety and duty of care.

On 5 January 2018, Mr Bryers travelled with the owner of Tasiliquid Gold Honey (‘Tasiliquid Gold’) and other employees to a bee farm to collect beehives from a property containing over 50 beehives. Mr Bryers assisted in these tasks and was wearing a protective suit supplied by Tasiliquid Gold.

Prior to leaving the farm, Mr Bryers adjusted his bee suit and was subsequently stung by a bee.

Later when travelling in the truck after leaving the farm, Mr Bryers went into cardiac arrest. There was no first aid kit on hand on the day at the site (or in the truck) and those present did not have an epinephrine auto-injector, commonly known as an epi-pen. After approximately an hour of CPR and treatment, Mr Bryers died at the scene.

The main issue for determination was whether Mr Bryers was an employee or a volunteer within the meaning of the Work Health and Safety Act 2012 (Tasmania). It is common for disputes to arise regarding the true nature of the relationship between an employer and a worker. For further information about this topic see our blog ‘Sham Contracting: Disguised Employment Relationship’.

In this matter, Indi Gunadasa, from Hall Payne’s Hobart office acted for the daughter of the deceased, Mr Bryers in the inquest. In submissions made on behalf of the daughter, it was submitted that Mr Bryers was an employee for some of the following reasons:

The coroner has now adjourned the inquest for determination.

What will happen if Mr Bryers is determined to have been a “worker” at the time of the incident?

If Mr Bryers is found to be a worker, the deceased’s family could be entitled to compensation under the Workers Rehabilitation and Compensation Act 1988 and the Fatal Accidents Act 1934.

If a worker dies as a result of a work injury, leaving wholly or partially dependent spouses and/or children, compensation is available to those dependants including the following where applicable:

Claims under the Fatal Accidents Act 1934 (Tas) are open to a wider range of individuals related and/or connected to the worker.

These individuals are entitled to recover damages against the person responsible only in circumstances where the wrongful act, neglect or default which caused the death would (if death had not occurred) have entitled the deceased to sue for damages for negligence.

We will update this article once the decision of the coronial inquest has been determined and published.

Note, this article is available to paid subscribers to The Mercury newspaper. :

If you have an employment law and/or personal injury matter and you’re looking for advice and assistance, Hall Payne’s expert advice, across the country, can help. You can either get in touch directly with Indi Gunadasa (Hobart office) or contact our head office for referral to a lawyer at any one of our other offices.