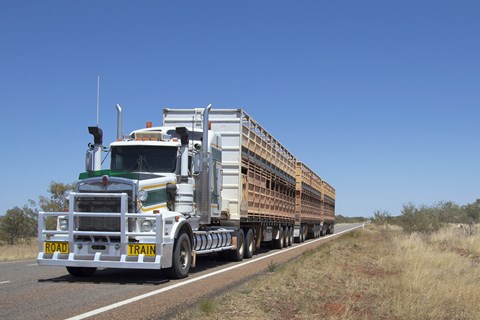 At the time of the injury, Mr Peebles (“the Worker”) was 38 years of age and employed as a truck driver. His employer, Kurtz Transport Pty Ltd (“the Employer”), had provided him with a prime mover which had a defective seat. Over a period of time, due to the jolting of the seat, Mr Peebles sustained an injury to his lumbar spine.

Mr Peebles was incapacitated and unable to work as a truck driver or in any other industries in which he had experience. He lodged a workers’ compensation claim as a result of his workplace injury.

The Worker initiated proceedings in the Supreme Court of Queensland, alleging negligence on the part of the Employer which led to his injury.

The Court found that the Employer was negligent and turned its attention to calculation of compensation to be awarded.

In those proceedings, the Worker claimed significant damages in relation to future and past economic loss. The claim for loss of earnings assumed that, but for the injury, he would have continued to work until 67 years of age, being some 29 more years.

The defendant argued that the Worker’s pre-existing degeneration in his lumbar spine (evidence by radiological imaging) would have led to the Worker developing symptoms at some stage in the future, in any event. They argued that due to the likelihood that he would have suffered injury anyway, his damages should be significantly reduced.

Medical evidence was provided about the nature of the Worker’s pre-existing injury. Dr Licina, orthopaedic surgeon, gave evidence that in his opinion, symptoms would have been ‘more likely than not to have occurred within 5 years of the subject accident.’

On the other hand, Associate Professor Fearnside, neurosurgeon, was of the opinion that the manner in which the Worker’s injury had occurred would not have been expected to be encountered in day-to-day living. He further noted that it was entirely possible that even with the pre-existing degeneration, the Worker may not have suffered any future pain or symptoms at all, were it not for the work-related events.

When determining the amount of compensation to be awarded to the Worker for both future and past economic loss, the trial judge formed the view that it was highly likely the Worker would have experienced a significant back injury in the future regardless.

The judge awarded an amount of $1,200 net per week for 29 years, and the total was reduced by 50% to account for the possibility that an injury would have occurred anyway.

The trial judge applied the same calculation of a 50% discount to the amount of past economic loss awarded to the Worker, despite the fact this was a period of some 5 years since the date of injury, in contrast to 29 years for future economic loss.

Decision appealed to the Court of Appeal

The Worker appealed the decision of the trial judge in relation to the assessment of damages, arguing that the discounts applied were excessive.

In relation to the award for future economic loss, the Court of Appeal found that although the 50% discount was high, it was open for the trial judge to reach this conclusion, given that the 50% included contingencies for other possible events occurring over that lengthy 29-year period (eg. other illness or accidents).

It is clear from the decision of the Court of Appeal that assessing the impact of a pre-existing condition on past and future economic loss requires a discrete assessment of relevant contingencies for each period. Here, the discount for future economic loss over 29 years warranted a higher discount than that applied for past economic loss.

If you require advice or assistance in relation to a work injury, contact Hall Payne Lawyers for advice.

You can also contact us by phone or email to arrange your consultation; either face-to-face at one of our offices, by telephone or by videoconference consultation.

Get in touch with today's blog writer:
Amanda Hoyes

Other blog posts by Amanda...