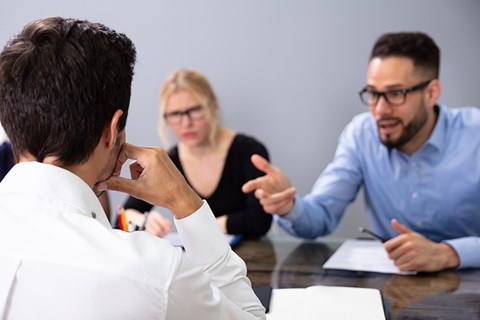 In this article, we explore a case where a worker’s initial claim for workers compensation was denied by WorkCover Queensland due to the employer’s actions being considered “reasonable management action”. Upon application to Workers’ Compensation Regulator, that original decision was confirmed. The worker appealed to the Queensland Industrial Relations Tribunal (“QIRC”) who overturned the prior decisions and the workers’ compensation claim was ultimately accepted.

In Queensland, an entitlement to workers’ compensation benefits may be excluded if a psychiatric or psychological injury arises out of what is termed “reasonable management action”.

The workers' compensation legislation, unfortunately, operates to exclude a psychological injury arising out of 'reasonable management action' by the employer. What is considered 'reasonable management action' has been the subject of a significant number of Court decisions over the last 25 odd years since it was introduced as a concept into workers' compensation legislation in Queensland.

The Queensland Industrial Relations Commission recently had occasion again to consider a case which involved a rejected application for workers’ compensation due to 'reasonable management action'.

In Scott v Workers' Compensation Regulator [2021] QIRC 110, Mr Scott as the appellant, submitted to the QIRC that the redundancy and termination of his employment was made in an unfair and unreasonable way, causing psychological injury.

He suffered a major depressive disorder as a result of the ‘surprise redundancy’, and his access to compensation benefits turned on whether his injury was excluded by the operation of section 32(5) of the Workers’ Compensation and Rehabilitation Act 2003.

This section, amongst other exclusions, precludes a claim for “psychiatric or psychological disorder arising out of, or in the course of… reasonable management action taken in a reasonable way by the employer in connection with the worker’s employment...”

Mr Scott had worked for his employer for 15 years. Shortly after returning to work following a period of leave, Mr Scott was called into a meeting with management and was informed his employment had been made redundant effective immediately.

Mr Scott subsequently submitted an application for workers’ compensation which was rejected by the insurer, WorkCover Queensland, on the grounds that he suffered an injury arising out of ‘reasonable management action’, and therefore his claim was not one for acceptance.

Mr Scott submitted an Application for Review to the Workers’ Compensation Regulator (an independent organisation that reviews the insurer’s decisions), which confirmed WorkCover Queensland’s decision to deny his claim.

Mr Scott then appealed the Regulator’s decision to the QIRC.

The QIRC considered the reasonableness of management action in the context of the termination and redundancy; in particular, the employer’s failure to consult with Mr Scott before a definitive decision was made. The manner in which management communicated the redundancy with Mr Scott was also scrutinised, with the Commission noting:

The QIRC noted that the lack of appropriate consultation with Mr Scott meant the redundancy came as a “complete shock” to him, including:

This behaviour by the employer was considered more than just “a mere blemish” of how management conducted themselves.

Mr Scott’s statutory claim for workers’ compensation was ultimately accepted, and the QIRC overturned the decisions of WorkCover Queensland and the Workers’ Compensation Regulator.

The decision is an important win for a deserving worker who sustained a significant psychiatric injury from ill-considered management actions by the employer. The case highlights the requirement for employers to properly consult with employees, certainly at a meeting to discuss possible decisions such as termination and redundancies.

If you have sustained an injury at work and require advice, or you’ve experienced unfair or unreasonable treatment at work, our highly experienced personal injury and employment law teams can help.

Get in touch with today's blog writer:
Seané Shalev

Other blog posts by Seané...

The COVID-19 Vaccine Claims Scheme is now live! What compensation is payable?

Who pays compensation if you are injured from the COVID-19 vaccine?