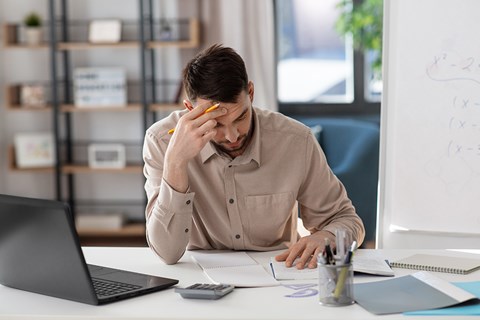 In a decision dismissing an insurer’s interim dispute to cease worker's compensation payments and medicals expenses for an injured worker in Tasmania, Hall Payne Lawyers successfully obtained orders dismissing the employer/insurer’s case. This has ensured continued receipt of worker’s compensation benefits for the worker.

The worker was employed as a high school teacher with over 20 years teaching experience. Due to bullying and harassment occurring at the workplace, the teacher made a claim for worker's compensation stating they were suffering from stress and anxiety. This diagnosis was supported by the worker’s general practitioner with the provision of worker’s compensation medical certificates.

The employer/insurer elected to dispute liability via a referral to the Tasmanian Civil & Administrative Tribunal (‘the Tribunal’) to stop payments covering the teacher’s wages and medical expenses.

The dispute was on the basis that the teacher did not give notice of the injury as soon as practicable, which is a requirement under the Workers Rehabilitation and Compensation Act 1988 (the Act).

For further information about your worker’s compensation entitlements and the process for claiming benefits, see our blog, ”WorkCover Tasmania - your plain English guide to workers compensation”.

If you need advice or representation in relation to any type of worker’s compensation matter, you should seek advice as early as possible.

For an employer/insurer to successfully dispute initial liability and coverage of a worker’s compensation claim, they must do so within 84 days of receiving the claim from the worker and lodge reasons with the Tribunal about why they do not believe they are liable to pay. They must also advise the worker of this decision, in writing.

The employer/insurer cannot unilaterally decide not to pay a worker and must obtain the approval of the Tribunal. You should seek immediate legal advice if you have lodged a worker’s compensation claim with your employer but have not received weekly payments to cover any incapacity to work and/or coverage of medical expenses.

This type of dispute is often referred to as a s81A dispute. For an employer/insurer to be successful in a s81A dispute, they only need to convince the Tribunal that there is a reasonably arguable case to stop worker’s compensation payments.

What is a reasonably arguable case?

Ordinarily, it is not difficult for an employer/insurer to prove that a reasonably arguable case exists. This is because the case of St Helens Oysters Pty Ltd v Coatsworth [2007] TASSC 90 is often referred to as authority on this point, which states (our emphasis added):

It’s noted that the employer/insurer disputed having to pay the teacher their worker’s compensation entitlements on the basis that the teacher did not comply with the requirement to give notice of the injury as soon as practicable.

The notice provisions under the Act require:

From the above, it is evident that there are strict requirements under the legislation when making a worker’s compensation claim and understandably, they are not always met.

If you require advice or assistance about making a worker’s compensation claim please obtain legal advice so that these requirements are not missed.

We submitted evidence on behalf of the teacher and attended the hearing to make submissions in support of the teacher’s case that notice of the injury was given as soon as practicable as required under s32 of the Act.

At the Tribunal hearing, some core submissions included:

Was it reasonably arguable that the worker failed to give notice as soon as practicable?

The Tribunal agreed with our submissions and relevantly stated:

28.  In this instance, the worker’s words to Ms Langham when he appeared in her office cannot reasonably be seen as anything other than a continuation of his frustration and dissatisfaction with work issues, expressed to Ms Langham no more than a week earlier. Further, I consider Ms Langham’s evidence about the distressed and agitated state in which the worker presented to her does not constitute “observations made by the employer”, but rather “the totality of the words and conduct” of the worker, as per Slicer J in Wilkins v St Giles Society.

30.  This is because the worker’s evidence is that when he ‘had a breakdown’ in Ms Langham’s office, he specifically told Ms Langham he needed time off because he was stressed and anxious because of work. He says he referred to consistent build-up of pressure from work, the run-in with his co-worker.

31.  Ms Langham’s evidence about this issue, is that she “does not recall” the worker “specifically stating that he was stressed and anxious because of work”. She does not contradict the worker’s assertion about what he said. She is unable to recall.

As a result of the Tribunal’s findings, the teacher was able to remain on worker’s compensation payments covering their wages and was able to continue to have medical treatment paid for by the employer/insurer.

You should obtain legal advice if:

If you need advice or representation in relation to any type of worker’s compensation or personal injury matter, you should seek advice as early as possible.