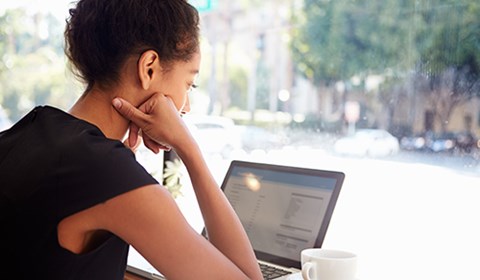 Imagine being in a meeting and being secretly photographed by your boss, with photos of your cleavage joining a library of over 10,000 lewd images on his work laptop. The last thing you’d expect would be for management to have known about this and let it happen, and for your supervisors to discourage and deflect your concerns.

When exactly this happened to our client, a project manager at the State Library of Queensland, she suffered psychiatric injury.

Her claim was originally accepted by WorkCover Queensland but the employer appealed to the Workers’ Compensation Regulator and the claim was rejected on the basis that the injury was excluded by the Act because the employer had taken reasonable management action in a reasonable way. The focus of that decision was on the reasonableness or otherwise of how management had informed her of the photographs being taken. It completely ignored the fact that the photographs had been taken.

We appealed that decision to the Queensland Industrial Relations Commission and the appeal was rejected on the basis that the injury did not arise out of our client’s employment. The Commission found that her workplace was merely the setting in which the events took place.

We appealed that decision to the Industrial Court and, on 8 October 2015, Martin J upheld our appeal, finding:

The Commissioner was scathing of the earlier decision, finding that it was “infected with error.” This decision brings a protracted process for our client to an end, after an earlier appeal from the State Library of Queensland extended this matter to a two-year battle. It restores a common sense understanding of a workplace complaint being one that arises in the workplace involving workers.

While this matter has concluded, its end coincides with an official investigation into the State Library of Queensland’s handling of the matter. On September 12 the Queensland Minister for Science and Innovation, Leanne Enoch, established an independent review into the way these allegations were handled by the Library. Headed by Queensland’s former public service commissioner, Rachel Hunter, findings of that investigation are due by the end of this month.

If you suffer an injury or illness that impacts your ability to work then contact our Senior Associate Cale Fryer or our Principal Linda Brangan on (07) 3017 2400 or complete an online inquiry form.