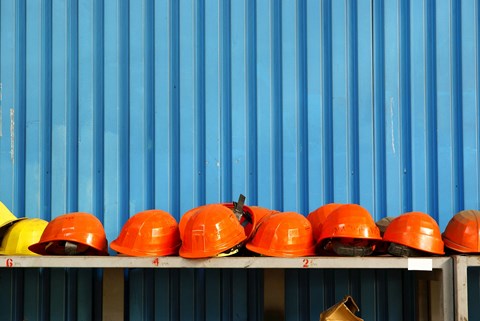 Less than two weeks after gaining enhanced powers, ABCC submissions have been dismissed for the third time, this time by the Full Court of the Federal Court. This decision follows two other decisions concerning this matter, both of which also dismissed the ABCC’s arguments.

Firstly, the Director argued that Mr Ravbar was not a fit and proper person to hold an entry permit, on the basis that back in 2002 he had contravened the Workplace Relations Act, that at the time of application he was the respondent in proceedings before both the Commission and the Federal Circuit Court, and that he held senior office in an organisation that appeared to have manifested a ‘continuing attitude of wilful disobedience to the law.’

The Director made further submissions that the CFMEU and Mr Ravbar had failed to provide ‘full and frank disclosure’ in relation to a number of these matters which would have been relevant to determine whether Mr Ravbar was a fit and proper person.

Despite this opposition, the Commission granted Mr Ravbar an entry permit. The Director sought permission to appeal that decision, on the basis that the Commission, at first instance, had failed to take into account matters that would have been relevant under s 513(g) of the Fair Work Act, where the Commission was required to consider ‘any other matters that the FWC considers relevant.’ A Full Bench of the Commission refused permission to appeal on the basis that an arguable case of appealable error had not been demonstrated, and that it had not been established that an appeal was in the public interest.

In the most recent stage of this matter, heard by a Full Court of the Federal Court, the Director sought to have either decision quashed and reheard in an application under the Judiciary Act 1903, alleging that both decisions had been affected by jurisdictional error.

In relation to the decision to refuse permission for the appeal, the Director argued that the Full Bench had applied the wrong legislative provision and had therefore based their decision on a jurisdictional error. This argument was rejected by the Full Court, who found that the provision concerned was, in substance, applied correctly although a typographical error had been made by the Full Bench.

The Director further claimed that at first instance the Commission had misunderstood the nature of the opinion it was required to form and the questions it asked itself when considering whether Mr Ravbar was a fit and proper person. The Director argued that the Commission had failed to have regard to relevant considerations which it was bound to take into account, and this had affected the exercise of its power.

The Full Court found this was not the case. They agreed with our submissions that the Commission had considered each of the matters it was required to take into account, and that this had involved an ‘unremarkable’ exercise of discretion.

On this key point the Full Court summarised their position by saying:

As the Director, now the Australian Building and Construction Commissioner, assumes greater power under the recently passed ABCC legislation it is worth reflecting on this decision which has found, on three occasions, that there was no basis for the Director’s intervention. How the Commissioner’s power will be exercised under this new legislation remains to be seen, but protecting the rights of unions to lawfully conduct their business remains as important as ever.

Hall Payne are experts in the area of Industrial Relations and associated litigation. If you require assistance with any associated IR issue and want to achieve the best possible outcome, we can help. Contact Hall Payne on 1800 659 114 or via our contact page today to speak to one of our experts in employment and industrial relations.