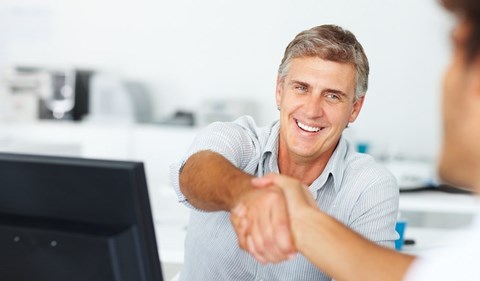 After more than two years of proceedings, the Full Bench of the Fair Work Commission has held that undertakings will not resolve deficiencies where an Agreement fails the Better Off Overall Test.

Last year a Full Court of the Federal Court found that the Full Bench of the Fair Work Commission had fallen into error by failing to adequately consider whether an Agreement passed the better off overall test. The decision concerned the approval of the MSS Security Qld Enterprise Agreement 2014 – 2018, with United Voice opposing the application on the basis that it failed to meet the Better Off Overall Test. This test – commonly known as the ‘BOOT’ –requires the Commission to be satisfied that the relevant agreement puts employees in a position which is better off overall than the relevant modern award which otherwise applies to those employees.

United Voice argued that the Agreement regulated the allocation of overtime to the extent that some employees would receive below award entitlements, and would therefore be worse off under the Agreement. At first instance, the Commissioner attempted to address this by approving the Agreement with undertakings from the employer.

The union appealed this approval on the basis that the Agreement failed the BOOT, even with the undertaking. United Voice identified several grounds in relation to the payment of overtime, arguing that the undertaking did not adequately address these deficiencies. The appeal was allowed, with the Agreement again being approved – this time by the Full Bench of the Fair Work Commission – subject to revised undertakings.

Still not satisfied that employees would be better off overall, the union again appealed, this time to the Full Court of the Federal Court.

The Federal Court agreed, quashing the approval on the basis that the Full Bench hadn’t considered questions it was required to consider. The matter was remitted to the Fair Work Commission, with the Full Court directing the Commission to consider whether the Agreement passed the BOOT.

Upon rehearing the matter, the Full Bench granted permission for the appeal. They did so on the basis it raised important questions about the correct application of the BOOT ‘in circumstances where the Commissioner’s discretion to determine whether employees were better off under the Agreement is an issue in the dispute’.

United Voice made submissions that the application of the BOOT required the Commissioner to assess the Agreement, including an assessment of specific clauses that provided entitlements which were both more and less beneficial than the Award. The union argued that any assessment of this kind would necessarily identify that the number of overtime hours payable for some employees was reduced by the operation of the Agreement, submitting that the Commissioner at first instance erred in failing to appreciate the effect of the relevant clause.

The Full Bench upheld the appeal, quashing the original decision more than two years after approval for the Agreement was originally sought. This decision highlights that the circumstances where undertakings may be made to address deficiencies in Agreements are restricted, and a failure to meet the BOOT will not easily be resolved by an employer making undertakings.

Hall Payne have represented United Voice throughout these proceedings, asserting from the beginning that the Agreement failed to meet the better off overall test. This decision is a vindication of that commitment, and the importance of the role unions take in negotiating strong outcomes for their members via industrial litigation.