The Medical Assessment Tribunal’s role in the WorkCover process: Is their decision always final? 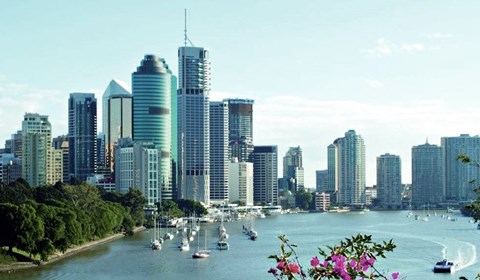 The Queensland Industrial Relations Commission has held that the decisions of the Medical Assessment Tribunal are only ‘final’ if they relate to ‘medical matters’.

In the recent case of JJ Richards & Sons v Workers’ Compensation Regulator, a Queensland garbage collection truck driver injured his shoulder turning the steering wheel of his truck to avoid a parked car. He was working when the injury occurred, and applied for compensation from WorkCover. WorkCover was unable to determine whether he had an acceptable injury under the law, and eventually they referred him to the Medical Assessment Tribunal for a medical determination.

The Medical Assessment Tribunal is an independent panel of medical specialists with experience and expertise in assessing particular physical or mental injuries. Their decisions play a vital role in workers’ compensation claims of injured workers. Generally, these decisions are final and binding.

Under the applicable law, the Tribunal determine:

The Tribunal determined the worker had sustained an injury. In arriving at this decision they relied on a finding that the truck’s steering was defective. WorkCover then relied on the Tribunal’s findings and accepted the worker’s claim for compensation. The Employer disputed these findings, appealing to the Queensland Industrial Relations Commission (QIRC).

On appeal the QIRC was tasked with determining what the Tribunal could and could not decide in their assessment. This question is extremely important because the law states that the Tribunal’s decision is final and binding, with extremely limited avenues available to challenge those findings.

The Employer asserted that the Tribunal had no basis to determine whether or not the steering wheel was defective at the time of the injury because they were limited to determining medical matters alone.

“… confines the Tribunal’s power to the determination of issues of a medical nature necessary to make an assessment of the claim. The term ‘medical matter’… contemplates issues within the specialist panel’s expertise and knowledge of medical science”.

Deputy President O’Connor found that the Tribunal was limited to matters of diagnosis, and that a diagnoses by the Tribunal could not be challenged. However, any decision outside of a diagnosis was not a medical matter, and could therefore not be determined by the Tribunal.

Importantly, the Deputy President formed the view that the parties could contest both the factual and legal issues arising from that decision. This could include whether the injury arose out of or in the course of the worker’s employment, whether the claimant’s employment was a significant contributing factor to the injury, and whether the injury was compensable under the applicable law.

The Deputy President allowed the application, with the claim likely to be subject to further appeal in coming months. It is possible the Employer will be able to overturn the worker’s accepted claim on this basis.

As it stands, this case represents a significant departure from the longstanding view that the decisions of the Medical Assessment Tribunal cannot be challenged. If the current decision stands, it will affect the way workers’ compensation claims are handled in the future.

Hall Payne Lawyers have regular success in challenging the decisions of insurers such as WorkCover Queensland. Strict time limits apply in appealing these decisions, so contact us through our enquiry form, or on 1800 659 114, to book a FREE initial consultation today.