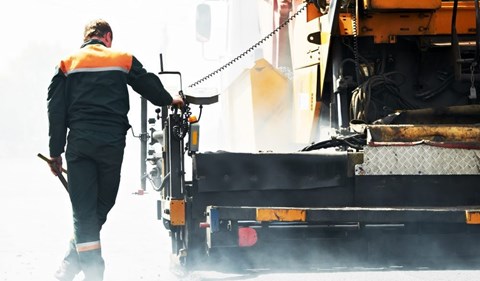 The Federal Court has approved the CFMEU’s interpretation of the Fair Work Act, rejecting BMA’s arguments and finding the union had a right to hold discussion in the dragline’s crib room.

In this case an official of the CFMEU, a permit holder under the Fair Work Act, sought to enter the Caval Ridge mine site to have discussions with employees under s 484 of the Act. The official attempted to reach an agreement with BMA as to where these discussions could take place, but failed. When those discussions failed, the official sought to rely on s 492(3) and use a default location.

The employees the official was meeting with were the operators of two draglines that were used for mining operations at the Caval Ridge mine. The relevant draglines are large, heavy excavators that include a cab. Behind the cab is an area that is small room which includes a fridge, some cupboards and a small bench, as well as what was called a ‘half-kitchenette’. The area also had a computer, a couple of chairs, and was used to store safety equipment, like earplugs. While not a purpose built lunch room, the relevant employees was used for taking meals.

The CFMEU submitted that as this was the area where the relevant employees usually took their meal breaks, it could be considered default location under s 492(3).

BMA argued that because the room or area in question was used for other purposes it couldn’t be considered that it was provided for ‘the purpose’ of taking meal or other breaks. That is, they argued that the legislation required that there was the singular purpose of taking a meal or other breaks, and that for a space to be comply with the terms of s 492(3) it could not also be used for another purpose.

After a decision at arbitration in favour of BMA got overturned by a Full Bench of the Fair Work Commission, BMA applied to the Federal Court to review the Commission decision accepting that the crib room was a ‘default location’, on the basis that the decision amounted to a jurisdictional error.

The Full Court of the Federal Court rejected this argument. In a joint decision, Tracey and Reeves JJ observed, when considering the text of the phrase ‘the purpose of taking meal or other breaks’:

Tracey and Reeves JJ went on to analyse the grammar of the provision. They found that the usual grammatical use of ‘the purpose’ meant that the use of the word ‘the’ could not be used to confine the meaning of the word ‘purpose’ in the way that BMA argued.

In a separate but supporting judgment, Justice Jessup considered that the key to the construction of the second aspect of the provision was in considering the word ‘provided’, and that where the room had been provided for the relevant purpose (being meal or other breaks) it would meet the requirements of a default location, irrespective of if it was also used for another purpose.

As a result of this decision, where a meal break location is a mixed-use area, and that mixed-use includes that one of the employees participating in the discussions takes breaks in the area, then a permit holder can use that location to conduct interviews or hold discussions.