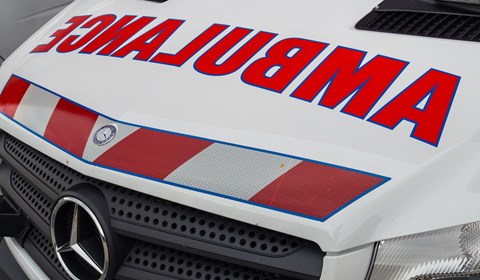 For over 20 years our client dedicated his working life to helping people as an advanced care paramedic, and had been commended for his service. In one vile smear his unblemished reputation was ripped away. With the help of Hall Payne, he applied for a review of the decision to restrict his practice, with QCAT rejecting the regulator’s decision and restoring our client’s capacity for unrestricted practice.

Our client worked for the Queensland Ambulance Service (QAS) for more than 20 years. In June 2016 he and his partner responded to an urgent call about an eight month old vomiting blood. Less than 10 minutes later they were at the infant’s residence where our client began to assess the infant’s health. Given the serious circumstances, our client conducted a rigorous head-to-toe examination of the baby assisted by the baby’s mother, and grandmother, who was herself an enrolled nurse.

Following examination the baby was transported to the local hospital, and was released after getting the all clear after a few hours.

A short time later our client was reported by his junior and less experienced partner for having inspected the baby’s genital area during the assessment, suggesting that the examination was somehow indecent or worse, potentially sinister. Our client was suspended as a result. The QAS reported our client to the Office of the Health Ombudsman.

The Ombudsman issued an Interim Prohibition Order (IPO). The IPO restricted him from providing any health service to persons under 18. The Ombudsman concluding that he posed a serious risk because the conduct occurred while attending to a child. The Ombudsman confirmed the decision to issue the IPO that the assessment, conducted in the presence of the mother and grandmother, may have been criminal and of  a sexual nature!

The effect of the IPO included that our client would have to notify any employer of the restriction, and with it carry the burden of what a restriction like that implies. The IPO stopped out client working as an ambo immediately.

Following the imposition of the IPO the Ombudsman investigated our client’s conduct as a paramedic generally, fishing for conduct which could be framed as concerning in an attempt to bolster their reasons for imposing the IPO. Evidence from the Ombudsman would later concede that none of this conduct would ever be subject to disciplinary action.

Desperate to return to work helping the people of his community, and clear his name of the vile smear at the heart of the Ombudsman’s decision, our client sought the assistance of Hall Payne to apply to the Queensland Civil and Administrative Tribunal (QCAT) to review the decision. This application was made on the basis that:

In response to this the Ombudsman sought to extend the IPO, claiming that our client should be restricted from treating any patients.

At hearing, the Ombudsman changed their argument, stating that the issue was not that there had been a serious risk to the child, but that the examination was performed without any reasonable clinical justification and, when considering the other conduct they had discovered through their investigation, our client had shown a pattern of non-compliant behaviour. On this basis, they argued there was a risk that our client would engage in further conduct that lacked clinical justification.

In an overwhelming victory for our client, the Tribunal rejected the Ombudsman’s arguments. QCAT found there was no evidence to establish a pattern of non-compliant behaviour, nor to warrant concern for public safety. Instead, the QCAT member found that the Ombudsman’s submissions were so abstract that they could not support a reasonable belief that our client posed any risk.

Our client’s right to practice without restrictions was restored in full.