Queensland drivers may soon be hit with a $1,000 fine for using their mobile phone while driving 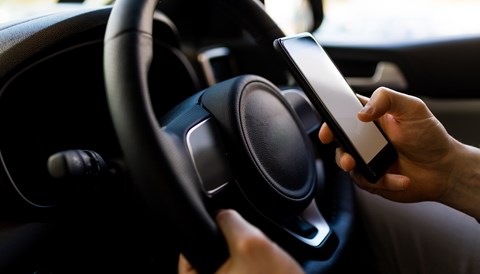 The Queensland government recently hosted the Driver Distraction National Summit in Brisbane. Key amongst the ideas discussed at the Summit was the possibility of introducing an increase for on-the-spot fines for drivers caught using their mobile phone while driving.

Current penalty for using a mobile phone while driving in Queensland

The current maximum penalty for using a mobile phone while driving is $2,669 – see section 300 of the Transport Operations (Road Use Management – Road Rules) Regulation 2009 (Qld) (‘Regulation’). Despite this maximum penalty, the general practice is that people are issued with an expiation notice on-the-spot, which can be issued by police officers at the roadside.

The current penalty, when issued with an expiation notice for using a mobile phone whilst driving, is a $400 fine and the accrual of 3 demerit points.

Mark Bailey, the Queensland Minister for Transport and Main Roads proposed to the Summit that there be an increase in the expiation notice penalty. He has proposed increasing the penalty to a $1000 fine and the accrual of 3 demerit points.

Such a fine, if implemented, would be the highest in Australia. It is also proposed that second-time offenders would receive a license suspension.

The Regulation states that the driver of a vehicle ‘must not use a mobile phone that the driver is holding in the driver’s hand while the vehicle is moving, or is stationary but not parked’.

‘Use’ of a mobile is defined very broadly and includes:

Most people would be aware that (a) and (b) above constitute illegal use of a mobile phone; however, many people are caught out by (c) and (d).

What (c) and (d) mean is that you cannot do the following if it involves touching your phone:

To satisfy a police officer that you are ‘parked’, you must pull over and come to a complete stop with the handbrake on and the car in park (if automatic) or neutral (if manual).

You may be relieved to know that CB radios are not mobile phones for the purpose of the Regulation.

Drivers should also be aware that they must not drive a car that has a ‘television receiver or visual display unit’ that is operating while the vehicle is moving, or is stationary but not parked, if any part of the image on the screen is visible to or likely to distract the driver.

Although there are exceptions where the visual display is a driver’s aid, such as a GPS unit or a GPS enabled mobile phone, a driver cannot have video chat or a video (e.g. YouTube) running on their phone while driving. This includes passengers.

Have you got feedback about the new proposed fines?

The Department of Transport and Main Roads is currently seeking feedback regarding the proposed new fines and how to tackle driver distraction. Submissions may be made by email to FocusOnDistraction@tmr.qld.gov.au up until 2 August 2019.

Get in touch with today's blog writer:
Alexander Williams

Other blog posts by Alexander...

What is a Peace and Good Behaviour Order (Qld)?

I have a twelve month employment contract. Can I terminate it early?