Can my employer deduct money from my wages? 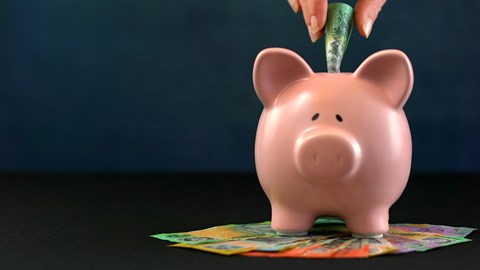 The payment of wages is an essential element of every Australian employment contract. Any worker who is having money deducted from their pay, having pay deductions proposed, or being asked to spend their own money at work, should consider whether the deductions are lawful.

The starting point: your wages must be in money, in full and at least monthly

The Fair Work Act requires that pay for any work must be made in money and in full. This generally prohibits employers from:

However, an employer may make deductions from a worker’s salary where a company ordinarily provides a product or service and the worker is provided that service at the same cost as the general public. Examples of this include where an employee works for a health insurer and has their health insurance deducted from their pay, or where a person works for a financial institution and repays a loan via deductions. Any such deduction must be agreed to by the employee.

Permitted deductions from wages by agreement between an employer and worker

A deduction may be permitted if the employer and an individual worker agree on it. However, the Fair Work Act (‘the Act’) requires that such a deduction is only lawful if it is in writing, and principally for the employee’s benefit.

Strict rules apply to deductions of this type. Any written agreement has to specify the amount of the deduction and cannot be varied without the permission of the worker. Additionally, a worker who has previously agreed to a deduction of this kind is permitted to withdraw their agreement to a deduction at any time.

Permitted deductions from wages by an award, industrial instrument or order of a court

In some cases, a Modern Award or Enterprise Agreement may permit a deduction from a worker’s pay.   Examples of deductions which might be permitted under an instrument of this kind include deductions for meals provided during normal working hours or accommodation provided to a worker for employees working in the hospitality industry.

However, such deductions are also subject to strict conditions and limits. Employees who are unsure whether deductions of this kind are occurring correctly should consult their Modern Award or Enterprise Agreement, or seek legal advice from one of our employment lawyers.

An employer may also make a deduction where ordered by a court. For instance, where a court has imposed a “garnishee order” in relation to a concluded legal process.

Certain deductions are not permitted or are specifically excluded, either by an award or by the Fair Work Act. For instance, the Hospitality Industry General Award prohibits an employer from deducting money from a worker’ pay for any unintentional breakages of stock or cash underings.

The Act also prohibits an employer from deducting money from a worker’s pay, or requiring a worker to spend their own money, in situations where that requirement is unreasonable and for the benefit of the employer.

Cases which have been considered by courts include:

The Act gives courts the power to require repayment of sums unlawfully paid by workers or deducted by employers.

In addition, courts can impose significant penalties on employers who breach these provisions. This includes penalties against company managers and directors.

Workers who suspect that they have lost money as a result of unlawful deductions from their wages should seek advice regarding their employment law rights and entitlements.