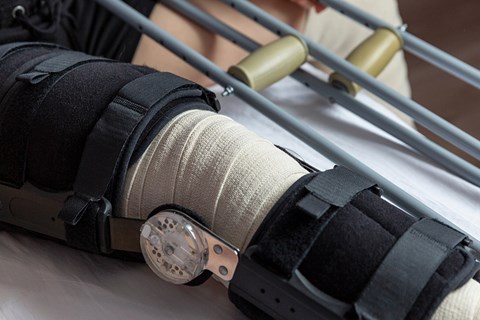 In early 2022, Hall Payne Lawyers represented an education facility attendant in relation to a termination of worker's compensation benefits in Tasmania. On 6 April 2022, the Tasmanian Civil and Administrative Tribunal (‘the Tribunal’) reinstated the worker’s benefits, meaning that the worker received backpay and an ongoing entitlement to worker's compensation payments. This case reinforces the inherent rights of injured workers and the need to obtain legal advice (or Union assistance) if your worker’s compensation benefits are unfairly terminated.

In 2020, the worker injured his knee at work. He made a claim for worker's compensation (WorkCover) and began to receive payments of weekly wages and medical benefits in accordance with the law.

Ultimately, he required surgery to his injured knee, which was covered by his medical treatment entitlements. Following surgery, he then commenced a period of rehabilitation. Before he was able to return to work, the worker was notified by the employer that his benefits were being terminated on the basis that he had “wholly and substantially recovered” from his injury.

This put the worker in a very difficult position. He was still recovering from the injury and surgery, had limited leave entitlements and faced an extended period of being unable to work with no entitlement to worker's compensation benefits.

The worker’s benefits were terminated via a certificate given to the worker under section 86(3) of the Workers Rehabilitation and Compensation Act 1988. This section specifically deals with circumstances under which an employer may terminate or reduce a worker’s payments.

Our advice to the worker was that the certificate which relied upon to terminate his worker’s compensation benefits was technically deficient. It didn’t explain how or when the worker had recovered from his injury.

Order of the Tribunal

Upon identifying the deficiencies in the certificate, the issue was raised with the employer, via their lawyers.

Ultimately, the employer conceded that the termination should not have been made and the Tribunal made an order reinstating the worker’s benefits.

This outcome is a significant win for the worker. The re-starting of his benefits puts him in the best possible position to continue his recovery with the support of worker’s compensation payments as well as the costs of further medical treatment being met.

More broadly, it demonstrates the importance of carefully considering termination of benefits under Tasmanian worker's compensation legislation. Workers have significant rights under the scheme, particularly when claims are accepted. Workers who face being moved off their worker's compensation claim (or having their benefits reduced), for any reason, should obtain advice about their rights before allowing an employer to do so.

Fighting at work can lead to disciplinary action, including termination