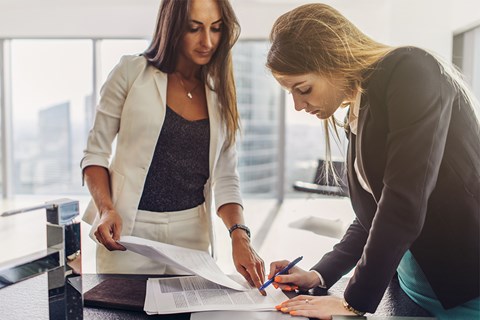 As an example, it is common for a worker who has been subjected to bullying and harassment by the employer, to also lodge a worker’s compensation claim in relation to a psychological injury. The employer may then attempt to terminate the worker (after a period of absence from the worker) and include a deed of release in their negotiations.

At this stage, the worker should contact their union or an employment lawyer to assist them with negotiation of a deed of release.

Section 151A of the Worker’s Compensation Act 1987 (NSW) (the “WC Act”) states that if a person recovers damages in respect of an injury from the employer, the injured worker is not entitled to any further compensation under the WC Act. Damages is defined as any form of monetary compensation and/or any amount paid under settlement of a claim.

In this case, the court agreed that when determining the issue of whether a deed of release can prevent further worker’s compensation entitlements, the intention of the parties should be taken into account. The Deed in Gardiner had provisions stating that worker’s compensation rights would be preserved.

Examples of deeds of release which may prevent further compensation

Whilst it is accepted that an employer cannot contract out of paying worker’s compensation entitlements, the wording of any deed of release needs to be properly considered before signing as section 151A may apply in some circumstances.

An example of a provision in a deed of release that may prevent further compensation (including worker’s compensation) is provided below:

In consideration of the payment outlined above, the employee releases the employer from any and all claims* arising out of or connected with the dispute**.

* Claims is defined as any and all complaints, actions, suits, causes of action, demands, claims, debts, proceedings, etc., which the employee now has, or could, would or might have had but for this document, whether or not known at the date of this document.

** Dispute is usually specific to the case in question. As in the example outlined earlier, the “dispute” would be the bullying and harassment claim.

A common example of where a deed of release may prevent future claims is when the clauses are general in nature.

As with this example, the phrase “any and all claims” would be seen to incorporate any claim including a work injury damages claim relating to the worker’s compensation claim.

How to avoid losing your compensation entitlements

The most effective way of avoiding this issue is to negotiate a clause in the deed of release which specifically states that the release does not apply to any personal injury that arises from the employment.

In this way, there is a clear intention that any worker’s compensation or other personal injury rights are intended to be protected.

Wording a relevant clause as follows, for example, will protect a work injury damages claim:

“… excepting any claims for any personal injury to the employee, arising out of or connected with the Employment, to which worker’s’ compensation or equivalent legislation would apply.”

It is important to have a lawyer experienced in employment law review clauses in any deed of release your employer is asking you to sign. A properly drafted deed will protect your entitlements to current and future work injury damages claims.