How are gifts treated in Family Law property settlement? 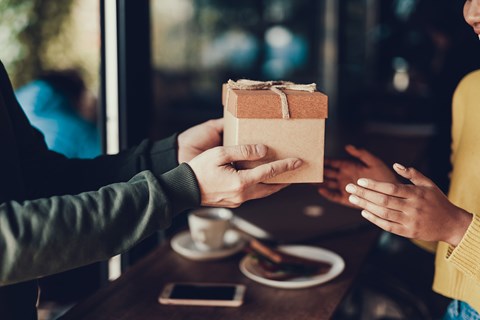 In Australia, it is quite common to hear scenarios where parents gift their child a substantial amount of money; perhaps as a deposit on a first home or maybe to travel or do renovations. What we’re looking at today is how that ‘gifted money or property’ is treated in any family law property settlement.

How does the family law system treat gifts?

Gifts of this nature are often considered or treated by the courts as a contribution to the property pool by the party whose relative provided the gift, even if it was originally gifted to only one party.

The courts will also consider the intention of the donor.

The case of Gosper held that a gift of a property by the wife’s father was clearly a gift made only because of the relationship between the father and daughter and in reality, as a means of benefiting the daughter. Therefore, even after the father gifted the property and the wife held it in joint names with her husband, the property was held to be a contribution on behalf of the wife only.

The ‘erosion principle’ of gifts

It is also important to note the value of significant financial gifts can ‘erode’ or ‘diminish’ over time.

We recently had a client whose father-in-law gifted the parties a block of farming land shortly after the parties married. When the parties separated after over 22 years of marriage, we advised our client that the gift/contribution would have eroded over such a long marriage.

Additionally, the parties both worked on the farm. Therefore, any significant contribution claim raised by the other party would be insignificant.

Determining if it was a gift or a loan

It is important to note that gifts are usually not expected to be returned or repaid, unlike loans. When marriages go awry we regularly see situations where the donor, who is often a relative, claims that the money needs to be repaid as it was only a loan. Without supporting documentation and evidence, there have been instances where loans from relatives were considered as gifts and therefore, as contributions to the property pool.

If there is an intention to accept a loan, it is prudent to have a formal loan agreement prepared detailing the amount borrowed, any interest payable, the repayment amount and the term of the loan. Once the loan agreement is drafted and executed by the parties, it will need to be strictly followed. Only then might the court consider that a genuine intention to create a loan existed. Failing this, the court could consider the alleged loan as a contribution or gift. If the court determines that it is a gift, then it will determine the contributions of each party to the gift.

Gifts are often exchanged between spouses during the relationship. Gifts such as jewellery, luxury goods, electronics and so forth will often be considered personal possessions of a party in the property pool.

When valuing these items, it is imperative to remember that the courts do not accept the replacement or insurance value of these items. The value ascribed to these items should be the value that a willing buyer will pay for the second-hand item.

In property negotiations, it is always important to keep in mind which personal possessions or items you wish to retain and which items you do not. If neither party wishes to retain a specific item or property an option would be for it to be sold and the proceeds from sale will be held in a Trust account until such time the court or the parties agree as to how to distribute the proceeds of sale. Accordingly, the value will be determined by what the item sold for.

If an agreement cannot be reached in relation to specific items which are substantial in value, for example, machinery or tools, a valuer will need to be instructed to value these items. This will incur further legal costs. It is important to take a commercial approach (not an emotional approach) to property matters in family law as valuation reports usually come back less than what is expected.

Ultimately for a court to determine how a gift is dealt with in family law property proceedings it will depend upon the nature of the gift and the circumstances surrounding the giving of the gift, including the intention of the donor.

If you would like to discuss gifts in family law and or how loans might become gifts, or you have any other family law issues, please do not hesitate to contact one of our family lawyers.