Does my criminal record stay with me forever? 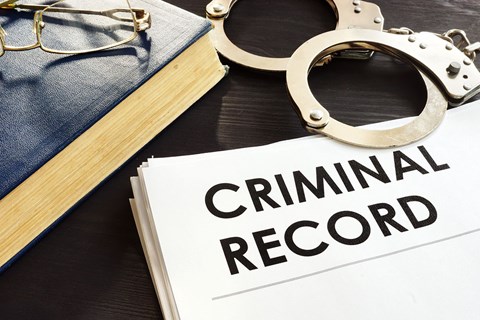 If you’ve been convicted of a criminal offence, you will usually then have a criminal record. This can cause a variety of problems, many of which can rear their head at unfortunate times. A criminal record can adversely affect employment prospects, international travel plans, and even the ability to coach your kid’s footy team.

Fortunately, as a general rule, many criminal convictions will not remain on your record forever. Below we consider three circumstances in which a conviction may not need to be disclosed, or may not appear on your criminal record at all.

In some circumstances, though you may have been convicted of an offence, a conviction will not have been recorded on your criminal record. Sections 12(1) and (2) of the Penalties and Sentences Act 1992 (Qld) provide a court with the discretion to not record a conviction.

In determining whether to record a conviction, a court must have regard to:

Many of the circumstances and arguments that may be persuasive to a court may not be obvious to a lay person. For this reason, if you have been charged with an offence, we recommend that you seek legal advice from a lawyer experienced in criminal law in order to improve your chance of avoiding the recording of a conviction.

What is the spent convictions scheme?

Queensland has a ‘spent convictions’ scheme.

What this means is that after a certain period, many convictions will not need to be disclosed and are considered ‘spent’. In many circumstances, it will be unlawful for another person to disclose a spent conviction you may have.

In order to be eligible to be a spent conviction, any term of imprisonment ordered as a result of the conviction must have been less than 30 months.

A suspended sentence will count towards the 30 months, even if no custodial sentence is actually served. So for example, if your sentence is 32 months, wholly suspended, this cannot be considered for a ‘spent conviction’.

How long before a conviction becomes spent?

Regardless of the court, it is also necessary that you have completed any restitution ordered by the court and that you have not been convicted of a subsequent offence within the rehabilitation period.

Are there any exceptions to the Queensland spent convictions scheme?

You should note that exceptions to the scheme do apply.

Most of these exceptions are contained in section 9A of the Criminal Law (Rehabilitation of Offenders) Act 1986 (Qld) and include, for example, applicants for the following positions:

Not all exceptions are included under section 9A. For example, a nurse seeking registration must disclose all convictions, regardless of whether they are spent, when applying to the Australian Health Practitioner Regulation Agency (‘AHPRA’).

In Queensland, there is a narrow range of convictions that are eligible to be expunged from a person’s criminal record. If a conviction is expunged, that means that it is wiped from your record.

Expungement exists so that people that have been convicted of offences that no longer exist, primarily those relating to male homosexual activity, are relieved of the burden of a criminal record.

For a conviction to be expunged, the offending must not have involved conduct which continues to be an offence in Queensland. It is also possible to apply for expungement on behalf of a deceased person.

You do not need legal representation to apply for expungement., In most cases all that is necessary is the filing of an application form. However, in more complex cases, such as where an application has been refused, it is recommended that you seek legal advice.

If you’ve been charged and/or convicted with a criminal offence and you need advice or assistance, you should contact a member of our criminal law team.

Today’s blog has been written by Alexander Williams.