The cat's out of the bag! Who gets the family pets after separation? 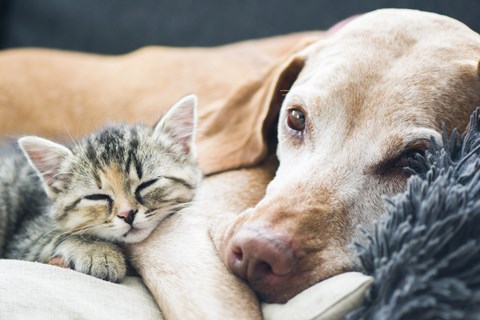 According to the RSPCA, domestic pet ownership in Australia is one of highest in world with 62% of Australian households owning pets.

Accordingly, with over half of the Australian population having household pets, it’s important to understand who gets the family pets if a relationship breaks down and you separate.

As with all aspects of Family Law, it’s impossible to provide you with a definitive answer to this without full knowledge of your family’s circumstances.

In this blog, we’ve looked at three different scenarios and what the Family Law court’s position was in relation to the family pets.

In this case the parties have unanimously agreed on the majority of financial issues between them in their short two year marriage.

The one thing they couldn’t agree on was who gets the family dog. The husband claimed that he was the owner of the dog since he purchased him before the marriage and he was registered in the husband’s name.

The wife claimed the dog was purchased as a gift to her. Most importantly, the wife was able to prove she had paid for ongoing costs and upkeep of the pet such as vet bills, vaccinations etc.

Unlike most property cases before the courts, neither party had prescribed a value to the family pet.

Nevertheless, Justice Harman came to the determination that the family pet had to be treated as a ‘chattel’, meaning this fell within the realms of property under the Family Law Act (1975).

As a result, the court can only be required to make an order of what is ‘just and equitable’ rather than the ‘best interest’ principle (as is applied when dealing with childrens’ matters).

In delivering his decision, Justice Harman found that the wife was able to provide evidence that she was solely responsible for the health and wellbeing of the family dog, both financially and non-financially.

As a result, his honour found that the family dog should remain with the wife. In his judgement, Justice Harman found that section 75(2) factors may have been relevant if the dog was a guide dog, or some other kind of service animal. However, this did not apply in this situation.

The husband’s claim that he was the registered owner was rejected by the court as this was done only 8 months after separation and on the knowledge that the wife was asserting her ownership to the dog. The fact that the husband purchased the dog was considered a contribution to the relationship rather than evidence of personal ownership.

2 – Pets with a nominated value

The above case demonstrates that family pets are considered property under the Family Law Act. As such, it is extremely difficult to assign a value to property such as the family pet, unless however, that pet is used for racing or breeding purposes.

In this circumstance, it would be quite possible to assign a value to the pet as determined in the case of Walmsley v Walmsley (No 3) [2009]. The court placed a value of $3,000 for the breeding dog and ordered that the dogs stay with the wife and that she pay the husband $3,000 as consideration.

A vastly contrasting set of circumstances from the above two cases, is where parties are in dispute about the family pet and children are involved. The relationship between the family dog and the child was the determining factor in deciding where the family pet should reside.

In the case of Javis v Weston [2007] FamCA, Justice Moore determined that the dog which was actually owned by the father was to reside with the mother, as she was also given the primary custody of the child.

The father argued that the court did not have any jurisdiction to make an order about the dog, since the dog was considered to be property and a court ordinarily can’t distribute property to a third party who is not part of the proceedings.

Justice Moore determined that jurisdiction was found under the accrued, associated and inherent jurisdiction of the court. Most importantly, the primary rationale for the dog to reside with the child was:

“The boy is attached to the dog. The dog is to go with the boy”.

This case highlights the court’s powers to make any orders as it sees fit, within the realms of the law of course. Ultimately, Justice Moore recognised and took into consideration the relationship between human and animals in determining where the family pet should live.

These three different cases and circumstances illustrate the complexities of adding a pet to a Family Law dispute.

In most circumstances the first situation would occur where one party purchases the pet and the other party is the primary caregiver to the pet.

So if you have a pet in your family and are going through separation, contact an experienced Family Lawyer at Hall Payne for an initial consultation to discuss your unique circumstances. You can contact today’s blog writer directly; solicitor in Family Law, Gary Su.

What conditions can the court impose in Domestic Violence Orders?

Does a protection order prevent me from seeing my children?