All you ever wanted to know about your annual leave entitlements 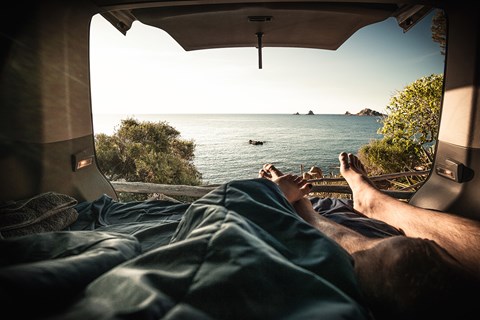 Annual leave is one of the oldest entitlements available to employees. Paid annual leave dates back to 1935 when employees with the Printers Union successfully fought for one week of paid leave per year.

It is fair to say that times have changed since 1935 – now annual leave entitlements apply to the majority of the workforce and in 2009, annual leave was enshrined in the National Employment Standards (NES) as one of the 10 minimum entitlements available to employees.

However, there is still a degree of variation in annual leave entitlements, depending on the terms of the applicable award, enterprise agreement, or even the terms of an individual’s contract of employment.

In this post, we set out to answer some of the common questions regarding annual leave entitlements for employees in the federal system in Australia.

What are my annual leave entitlements?

Importantly, in the recent Federal Court decision in the matter of Workpac v Skene [2018] FCAFC 131, the Full Court of the Federal Court confirmed that paid annual leave under the Act is an entitlement afforded to all employees other than casual employees.

Unfortunately for employees who are engaged, paid and work as casual employees, there is no entitlement to paid annual leave under the NES.

Can I be sacked while on annual leave?

Yes, you can still be sacked when you are on annual leave provided that the reasons for your dismissal are unrelated to your taking annual leave.

Terminating an employee while they are on annual leave can, however, have a bearing on the notice period required to be provided. This issue may be raised in the course of an unfair dismissal proceeding if it has a bearing on:

Can my employer force me to take annual leave?

Generally, annual leave should be taken by agreement and at a time that is mutually convenient to both the employee and the employer.

Can I cash out my annual leave?

If you are not covered by an award or an agreement, you can reach an agreement with your employer to the effect that your annual leave entitlements are paid to you without you taking leave (aka ‘cashing out’ annual leave).

If a portion of your annual leave is cashed out, the employer must pay you the full amount that would have been payable if you had taken the leave.

If you are covered by an award or an agreement, there may be clauses in these instruments that set out the steps that need to be followed when cashing out annual leave. If there is no clause in your award or agreement that permits the cashing out of annual leave, then you will not be able to cash out your leave.

In order to determine if you are entitled to leave loading, you will need to check the relevant award or enterprise agreement, and your employment contract.

Can I buy annual leave?

There is no express right to purchase additional leave if your statutory entitlements have been exhausted.

That said, some employers are willing to enter into arrangements with their employees where:

What happens to my accrued annual leave if I am sacked or I resign?

If you are sacked or resign, the employer is required to pay you your accrued but untaken annual leave entitlements. These payments should be processed as soon as possible after your employment ends, but no later than one month after the employment ends.

If you believe your annual leave rights and entitlements are not being met by your employer or you have any other employment law concerns, you should contact one of our employment lawyers.

Get in touch with today's blog writer:
Ellie Bassingthwaighte

Other blog posts by Ellie...

Can my employer stand me down?