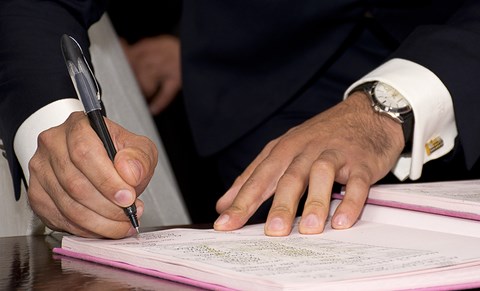 What is the purpose of a Binding Financial Agreement?

Due to the flexibility of BFA’s, we find these agreements useful for documenting a party’s financial obligations to each other and how their assets/liabilities and financial resources will be distributed or divided in the event of a marriage breakdown or separation.

BFA’s allow the parties to stipulate and determine a wide range of financial issues including:

How do I make a Binding Financial Agreement?

To make a valid Binding Financial Agreement, it must be in writing and refer to the correct section of the legislation.

The agreement must be signed by all parties after they have each received independent legal advice. A certificate from a legal practitioner, such as a solicitor, will need to be attached to the BFA as evidence that the legal advice has been provided

There are three main types of Binding Financial Agreement

The three types of BFA are:

The type of BFA you and your partner will ultimately enter into will depend on your individual circumstances. This blog will focus on prenuptial agreements which are entered into when the parties intend to marry and in contemplation of marriage; probably the most common one.

What is a prenuptial agreement?

This type of BFA is often referred to as a section 90B or 90UB agreement depending on the type of relationship you are in. This type of agreement is a common way to protect your wealth in the event of separation.

Being a Binding Agreement, it is a pre-requisite for the parties to the agreement to receive independent legal advice if both parties intend to be bound by such an agreement; similar to a Binding Child Support Agreement.

The case of Thorne v Kennedy (2017), which was appealed all the way to the High Court of Australia, depicts a classic example of where a party (usually one who holds a superior financial position) attempts to protect their assets with a BFA in the event of separation. Unfortunately for Mr. Kennedy, the High Court set the BFA (prenup) aside and referred the case back to the Federal Circuit Court for determination.

Some key facts in the Thorn v Kennedy matter

The High Court of Australia sets the prenup aside

Ultimately, the High Court set the prenuptial agreement aside due to the following:

As a result, the High Court determined there was both unconscionable conduct and undue influence by Mr. Kennedy towards Ms. Thorne. This is, however, a case of extremes. In most situations, parties act fairly reasonably and only wish to protect some modest assets which they may have inherited from a family relation, financial windfall obtained prior to the marriage/relationship or received as a property settlement from a previous marriage.

That said, we have come across situations which mirror the facts in Thorne v Kennedy (2017). The decision broadens the circumstances in which prenuptial agreements can be set aside especially in circumstances where there is a significant disparity in income, property and resources.

We always inform our clients that the agreements should be drafted by a lawyer who specialises in this aspect of family law to minimise the potential for it to be challenged in court and possibly set aside.

What conditions can the court impose in Domestic Violence Orders?