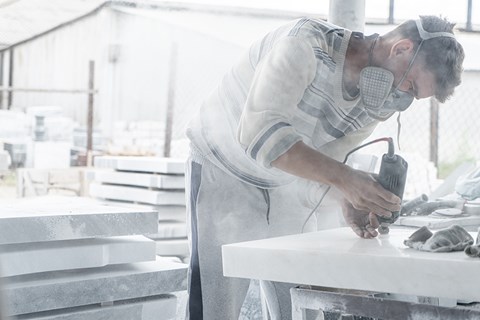 A 35-year-old stonemason, diagnosed with accelerated silicosis and a severe psychological adjustment disorder has been relieved of what the Judge has deemed an ‘illogical, unreasonable, and inconsistent’ dual process enacted by Parliament in 2002.

The recent Supreme Court of Queensland decision of Coleman v Caesarstone Australia Pty Ltd & Ors [2021] QSC 125 (“Coleman”) found that the Personal Injuries Proceedings Act 2002 (Qld) (“the Act”) inadvertently failed some claimants. The express wording of the Act did not allow a claimant suffering from secondary injuries, such as a psychological injury resulting from a dust-related condition, to expedite the resolution of their claim.

As a result, it had previously been presumed the Act applied to the secondary psychiatric injury, such that claimants were often obliged to deal with the pre-court procedures under the Act in so far as their psychiatric injury was concerned, even though they were not required to do so in relation to their primary injury, the dust-related condition.

James sustained injuries as a result of exposure to respirable crystalline silica dust during the course of his employment for various employers between 2005 and 2018.

Sadly, James’ life expectancy was significantly reduced as a consequence of his accelerated silicosis condition. His treating Thoracic Physician considered that within 4-5 years, he would need to be considered for a lung transplant. If successful, this procedure would see him have a life expectancy of about 6 to 8 years following the transplant.

James developed a severe psychological injury as a direct consequence of the shortened life expectancy resulting from the condition.

When attempting to commence a claim for his secondary psychological injury, it was contended the pre-court procedures under the Act were required to be completed for the secondary injury but did not apply to the primary injury, being the accelerated silicosis.

James was confronted with a dual claims process, causing unnecessary delay and additional costs in pursuing his claim.

The Act outlines the pre-court processes and procedures required before a party can litigate a matter in the courts.

The Act was passed by the Queensland Parliament with a primary purpose to:

“assist the ongoing affordability of insurance through appropriate and sustainable awards of damages for personal injury”.

The retrospective removal of this hurdle for claimants was intended to deliver significant benefits to those suffering from dust-related conditions. it was intended to improve their access to justice and reduce any lengthy delays, cost and stress associated with pursuing a claim.

The question considered by the Supreme Court in Coleman was whether a psychiatric injury, which is secondary to and caused by a dust-related condition, is also excluded from the Act.

Her Honour Justice Bowskill applied a logical approach interpreting the intention of the Act. Her Honour found the Act does not apply to secondary psychological injuries arising from a dust-related condition, calling the dual process currently in place “illogical, unreasonable and inconsistent”.

The Court’s interpretation in Coleman relieves future plaintiffs like James from the additional burden of a dual claims process associated with secondary injuries arising from dust-related conditions.

Hall Payne Lawyers welcomes the Supreme Court’s interpretation of the Act in improving access to justice and reducing lengthy delays, costs and stress to workers diagnosed with dust-related conditions.

If you have suffered injury or illness as a result of exposure to respirable dust in your workplace, including (but not limited to):

we can assist you with your compensation entitlements.

This is an extremely complex area of law and having a leading law firm with a strong track record acting for victims of dust-related diseases and their families, will ensure you get all the compensation you deserve.

We offer a free initial consultation and can act on a ‘no win no fee’ basis.

Get in touch with today's blog writer:
Seane Shalev