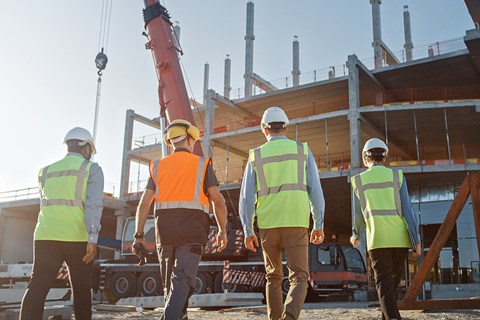 In what marks the end of a 2.5-year dispute with the Queensland Police Service, Hall Payne Lawyers has succeeded in upholding the acquittal of four union officials. The officials were arrested in December 2018 for trespassing while trying to exercise statutory right of entry powers to remain at a worksite of a recalcitrant employer to investigate serious suspected contraventions of the Work Health and Safety Act 2011 (Qld).

You can read the full details of the matter when it was first heard in the Magistrates Court, which resulted in the acquittal of the union officials on a “no case to answer basis”, in our earlier article “Indemnity costs awarded when court finds ‘right of entry permit holders’ wrongly charged with trespass”.

At the conclusion of that matter, the Queensland Police Service was ordered to pay $85,000 on account of our client’s costs, which we understood to be the highest costs order made against the police in Queensland for a summary charge.

The Queensland Police Service successfully appealed the decision in the District Court of Queensland.

The District Court Judge ordered that the matter be sent back to the Magistrates Court for a new trial. The union officials were ordered to collectively pay $7,200 on account of the costs incurred by the police. They were also required to repay the $85,000 that had previously been paid by the police.

The union officials then appealed the District Court judgment to the Queensland Court of Appeal which comprised of three Supreme Court Judges.

“Sections 117 and 118 are interrelated and must be read together. Those sections clearly express in unmistakable and unambiguous language that, if a WHS entry permit holder reasonably suspects that a contravention of the Work Health and Safety Act that relates to or affects a relevant worker has occurred or is occurring, that permit holder may enter and remain at the workplace for the purpose of inquiring into the suspected contravention in the ways described in s 118. The statutory language is not open to a construction under which the rights conferred upon the WHS permit holder are exercisable only with the consent of the occupier. Such a construction also would be inconsistent with the purpose of the Act and the statutory context.”

As such, the Court of Appeal found that:

“The evidence in the prosecution case was incapable of proving beyond reasonable doubt that the applicants remained at the site unlawfully. The charges were rightly dismissed by the Magistrates Court for that reason.”

Queensland Police required to pay costs of over $169,000

As a result of the judgment, the Queensland Police Service was required to pay a total of $169,119.29. That included:

So significant was this matter that s.11(3) of the Summary Offences Act 2005 was amended by the Queensland Parliament to prevent the police from charging union officials who are lawfully exercising statutory right of entry and remaining on premises in the future.

The statutory right of entry regime plays a significant role in ensuring that Australian workers are protected from imminent risks to their health and safety and attacks on their lawful entitlements by employers who think they are above the law.

Hall Payne Lawyers will continue to play our part for the union movement by ensuring that such important rights for union officials, and subsequently workers, remain protected at all costs.

Get in touch with today's blog writer:
Kris Birch

Other blog posts by Kris...

No conviction recorded – options for keeping your criminal record clean

My employer hasn’t been paying my superannuation guarantee

A police officer gave me a Notice to Appear. What does that mean?