Child abuse claims - can they be thrown out of court? 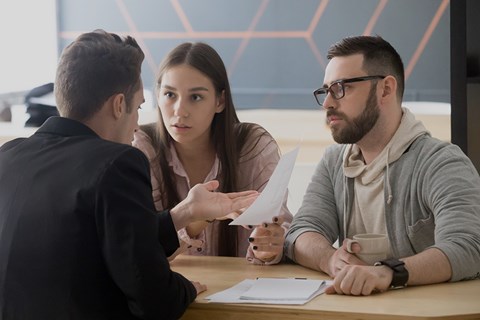 While everybody has a right to have their day in court, this is subject to the court’s inherent power to ‘stay’ proceedings if it is in the interests of the administration of justice. In this article, we will consider what is a ‘stay of proceedings’ and look at what a court might consider to grant an application for a permanent stay of proceedings in child abuse claims.

The pre-court process for child abuse claims in Queensland

In Queensland, a person who has suffered child sexual abuse and wants to claim compensation must participate in a pre-court process as set out in the Personal Injuries Proceedings Act 2002 (Qld) (“the Act”).

The first step involves serving a Notice of Claim on the institution and/or individual the claimant believes is responsible for the injury, loss and damage they have suffered as a consequence of the abuse.

The primary objective of the Act is to compel the parties to attempt to resolve the claim out of court. It is law in Queensland for parties to participate in an informal sit-down meeting in an attempt to reach a resolution. If no agreement is reached, only then can court proceedings be commenced.

While it is within a person’s right to commence proceedings, a defendant can make an application to the court for a ‘stay of proceedings’

What is a stay of proceedings?

A stay of proceedings is the court’s inherent power to essentially dismiss a claim.

The granting of a permanent stay is made only in exceptional circumstances because it effectively brings to an end to litigation.

It is up to the defendant to apply for a stay of proceedings. They must convince a judge that a case should not be heard.

Generally, proceedings will be stayed if the defendant can establish that to continue the case would be manifestly unfair to the defendant, or where the continuation of the proceedings would bring the administration of justice into disrepute.

What could a defendant argue to seek a stay of proceedings?

A defendant party bears a heavy onus to prove to a court why they will be deprived of a fair trial.

Defendants have argued they are unable to properly defend a claim due to the large delay in bringing the claim, or there being little evidence available. For example, key witnesses or the perpetrator may have died.

In some cases, a perpetrator may have died without the allegations being put to them before their passing which may deny a defendant the ability to properly investigate or respond to the allegations. In some cases, the perpetrator may still be alive, but they have a medical condition which prevents them from properly participating in the proceedings.

Defendants may also raise discrepancies in a plaintiff’s case as to the details of the abuse, including the time line of events and the nature of abuse.

Arguments for a stay can also focus on issues with the reliability of evidence, given they are childhood memories which may be deemed by the court to be unreliable, or that memories and recollection have faded over time.

What do the courts say?

Some of the factors considered by a court to either grant or deny a stay of proceedings include:

However, the courts have recognised that in child abuse claims a fair trial doesn’t equate to a perfect trial. Just because a court will be asked to determine proceedings without complete facts, does not make the trial unfair. If there is little to no documentary evidence or the absence of a witness through death or incapacity, this does not have the automatic consequence that a trial will be unfair or that a permanent stay of proceedings should be granted.

A defendant party may argue that a case should not be heard because there is insufficient reliable evidence. Courts recognise that child sexual offences typically occur in private and are not dependant on documentary evidence to prove the allegations.

The courts have also said that the fact of delay alone does not give rise to unfairness, and is not of itself a reason to grant a stay. The courts have recognised that survivors of abuse should not be punished merely by the delay in bringing the claim.

Courts have also recognised that there may be discrepancies in a plaintiff’s case regarding details of the abuse and timeline of events, but that these matters may be explained by the plaintiff’s age at the time of the alleged abuse, the trauma they may have suffered and the passage of time.

While there have been cases where a stay of proceedings has been granted due to the death of a perpetrator, there are instances where even if they have died, proceedings can still continue if the perpetrator was arrested and charged with the offence before their death, and where a claimant or key witnesses are available to be cross examined on the allegations.

Do not be deterred from bringing a claim for compensation.

The onus is always on a defendant to convince a court the case is so exceptional that a court should grant a stay of proceedings.

The courts have also recognised there is a strong public interest factor in hearing claims for survivors of l abuse. This is reflected in the government changing the laws to allow survivors to come forward at any time.

There are also guiding principles for civil claims for child abuse which have been adopted by most states and territories, and some institutions, which focus on resolving claims out of court. The guiding principles were a recommendation by the Royal Commission into Institutional Responses to Child Sexual Abuse because it was recognised that civil litigation can be highly traumatic and has the potential to re-traumatise abuse survivors.

While recognising that no amount of money can ever properly compensate a survivor of abuse, they are owed the dignity and respect of having their case heard and should not generally be denied the right to have their day in court.

At Hall Payne Lawyers, we have a team who understand the difficulties associated with child abuse claims. Our lawyers are experienced at helping survivors access compensation for the harm caused by abuse.

Our lawyers will work with you in a supportive and compassionate manner to make sure the compensation process is as simple as possible.

If you would like to discuss your options regarding compensation for child abuse, do not hesitate to speak to our abuse law team who are more than happy to help.

Get in touch with today's blog writer:
Megan Stanley

Other blog posts by Megan...

Achieving the best compensation for survivors of childhood abuse

Can I quit my job while on workers compensation?