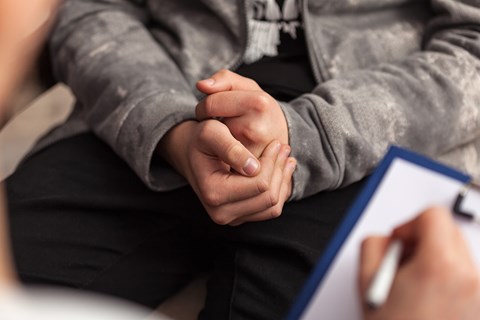 We recently acted for an employee who suffered a psychological injury at work in NSW following a fatality which the worker witnessed. The worker was successful with their worker's compensation claim and a work injury damages claim (common law claim).

The injuries sustained by the worker were accepted as having left him with at least 15% whole person impairment. Internal and external investigations took place in respect of the incident at work and these assisted us to argue that the worker’s injuries resulted from employer negligence, leading the way to the common law claim.

Finally, we were also able to secure total and permanent disability (TPD) benefits for our client under his superannuation policy.  We provided medical evidence that supported that he could not return to his usual employment, nor any other employment in respect of which he had education, training or experience as set out in the superannuation fund’s TPD definition.

The case was complex and technical. Although the worker's compensation insurer accepted liability and was paying for weekly compensation and medical treatment expenses, the worker was sacked and blamed for the fatality. An agreement was reached with the employer regarding the alleged unfair dismissal and a Deed (written agreement) was entered into between the employer and the worker.

It was necessary to become familiar with the technical workplace safety standards as we were required to provide assistance to the worker who was initially, unfairly blamed for the fatality during the employer’s internal investigation.

Following the conclusion of that the investigative process and court findings against the employer, we were able to pursue the work injury damages claim and fast track it to a successful conclusion in a relatively short period of time.

Over $1,000,000 successfully secured for the injured worker

Initially, the insurer argued that the employment Deed acted as a total bar to the work injury damages claim on the basis that the monies paid in respect of the unfair dismissal were classified as damages and we were able to counter that argument by citing recent case law on point. Further, they denied the employer had been negligent and they blamed the worker for contributing to the accident, whereas the criminal case against the employer clearly proved the employer was completely at fault.

In the end, we reached an agreement with the insurer to pay the worker in excess of $1,000,000; the amount of compensation reflecting:

Contributory negligence means that the worker has caused or contributed to the injury by their own actions or failure to take necessary precautions. A finding of such will reduce the amount of damages payable to a worker. While initially the worker had been blamed for the accident, it became clear in the ancillary court findings in respect of the prosecution of the employer, that the employer only was at fault.

Our client was particularly pleased with the result

We were delighted to receive the following review from our client.

We had a complex workplace personal injury matter which required the team to learn some highly specialised information in a particular field. They took the case on and learnt all the technical components with much enthusiasm.

They secured the Total and Permanent Disability (TPD) claim for us, which was also quite complex. We also were able to settle Work Injury Damages (WID) with the former employer and were very pleased with our settlement amount which the team had worked hard to secure on our behalf.

From start to finish, they were always on hand to discuss any of our questions and honestly treated us like part of the family. We would highly recommend working with Hall Payne.

If you suffer a workplace injury and you believe your employer’s negligence contributed to your injuries, further to lodging your worker's compensation claim, you should seek legal advice from a lawyer experienced in workplace injury claims as soon as possible.

It is crucial that you are advised in respect of your entitlement to lump sum compensation from an early stage to enable your lawyers to investigate your entitlement to common law damages. We will arrange an assessment of whole person impairment as soon as appropriate, to ensure we maximise your chances of achieving the 15% threshold required to be eligible for a work injury damages claim.

Get help with your worker's compensation claim

When you work with a Hall Payne lawyer, you will receive expert advice and support throughout your claim. We will engage liability experts, if necessary, based on the complexity of your claim. Whether you have a physical or psychiatric injury we will ensure your claim is put forward as strongly as possible. Our aim is to maximise the compensation and benefits you are entitled to.

Get in touch with today's blog writer:
Baiba Thomas

Other blog posts by Baiba...