What is unfair dismissal and what are my options? 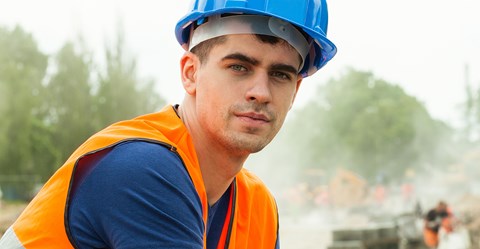 If someone is terminated from their employment and they believe the termination was unfair, there are a number of options available for them to challenge the legality and validity of their termination. The most common alternative is an unfair dismissal claim.

In Australia, there are two main options for challenging an unfair termination of employment:

As a statutory claim for unfair dismissal is commonly the quickest and most cost effective and most workers in Australia are within the federal jurisdiction, this blog explores the option of bringing an unfair dismissal claim under the Fair Work Act 2009 (Cth) (FW Act).

Who is protected from an unfair dismissal under the FW Act?

To be entitled to lodge an unfair dismissal claim under the FW Act, the worker must have been an employee of a national system employer.

Broadly speaking, a national system employer includes, but is not limited to, private enterprise employers and Commonwealth authorities. An example of a national system employer would be a mining and resources company or a private hospital. An example of a Commonwealth authority is the Australian Tax Office or the Australian Federal Police.

State and local government employers are not national system employers; for example, Queensland Health or the Queensland Police Service employees cannot lodge an unfair dismissal claim under the FW Act.

A national system employee will be protected by the FW Act unfair dismissal laws provided they can satisfy the following main requirements:

Determining if there been a dismissal

The FW Act provides that an employee will have been dismissed where:

The dismissal must have been clearly communicated to the employee and this includes being communicated orally (note however that s.117 of the Fair Work Act, which is in the NES, requires a notice of termination to be given in writing).

Was the dismissal unfair?

Providing that an employee can satisfy the Fair Work Commission (FWC) that they are protected by the unfair dismissal laws and they have been dismissed, the FWC then makes a determination as to whether the employees’ dismissal was unfair.

To do this, the FWC examines each dismissal on a case by case basis and in doing so considers the following questions:

Was the dismissal harsh, unjust or unreasonable?

There is no hard and fast rule as to what constitutes a harsh, unfair or unreasonable dismissal.

Each dismissal is different and accordingly, the surrounding circumstances will be considered by the Commission. However, broadly speaking, the common factors which the FWC take into account when determining the question of harsh, unjust or unreasonable include:

The FWC has determined that I was unfairly dismissed. What can the FWC order my former employer to do?

Before deciding to lodge an unfair dismissal application, you should think carefully about what remedy you would consider appropriate and the reasons why.

The FWC may order a person’s reinstatement. This is the primary remedy however in practice, an order of payment of compensation is more common. Reinstatement must be considered by the Commission first and if reinstatement is ordered, the employee must be reinstated to the same position or another position on terms no less favorable than their previous position. Compensation for lost wages can also be ordered.

A payment of compensation will be ordered where an order of reinstatement is considered to be not appropriate due to the breakdown of trust and confidence in the employer-employee relationship.

Where the FWC orders payment of compensation, the compensation is designed to compensate the employee in lieu of reinstatement for income loss reasonably attributable to the unfair dismissal.

In determining the amount of compensation, the FWC considers a number of factors including:

It is important to remember that compensation is not awarded for ‘shock, distress or humiliation’.

Compensation will usually be limited to the income lost by an employee because of the dismissal. For example, if an employee was unemployed for two weeks and then obtained new employment at the same or better pay, the loss will be limited to two weeks.

The sum of compensation is also capped at the total amount of remuneration either received by the person, or which they would have been entitled to receive, for any period of employment (with the employer who dismissed them) during the 6 months immediately before the dismissal. The compensation also cannot exceed half the amount of the high income threshold immediately before the dismissal.

Is compensation available for every unfair dismissal?

So, where to from here?

For a national system employee, you lodge your unfair dismissal application with the FWC.

If you are not a national system employee and you were employed in Queensland for example, you lodge your unfair dismissal complaint application with the Queensland Industrial Relations Commission. This will differ for other states and territories of Australia and you should seek legal advice relative to your location.

For all unfair dismissal complaint applications, you must lodge your application within 21 days of the dismissal taking effect.

Have you been dismissed and you think it is unfair?

It’s important to act fast. You should seek urgent advice from a lawyer experienced in employment law. You can contact our employment law team for further advice or assistance.