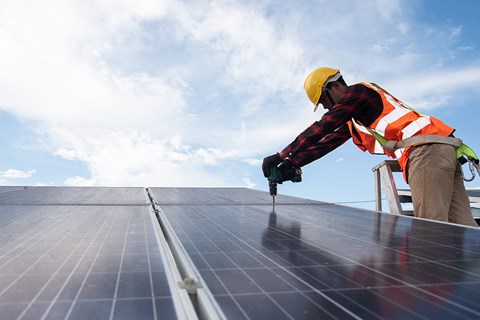 Incidents on construction sites are by their very nature complex. Liability for construction incidents can often arise because of the negligent actions of multiple respondents.

When a respondent goes into liquidation following an incident, an injured worker has the added hurdle of obtaining leave of the Court prior to commencing proceedings and the Court has discretion as to whether or not to grant that leave. In this case, the injured worker, who had sustained a life-threatening injury during the course of his employment, was initially denied leave, by the Supreme Court (QLD), to proceed with his claim.

Hall Payne Lawyers, on behalf of the injured worker, appealed the Supreme Court decision to the Queensland Court of Appeal.

By unanimous judgement in the Court of Appeal, the decision at first instance was overturned and the injured worker was granted leave to proceed with his claim against the respondent in Palace v RCR O’Donnell Griffin Pty Ltd (in liq) [2021] QCA 137.

On 13 February 2018, Mr Palace was injured during the course of his employment on the solar farm. His injuries were serious and included life-threatening heat stroke and orthopaedic injuries sustained whilst he, in an incoherent and disoriented state, was being transferred to hospital.

Prior to the commencement of proceedings, RCR entered voluntary liquidation and Mr Palace was required to seek leave of the Court to proceed with his claim.

Proceeding against a company in liquidation

A company entering into liquidation is not a bar to proceedings in a personal injury claim, however, it does require an application to the Court for leave (permission of the Court) to proceed. This requirement is set out in the Corporations Act 2001 (Cth) section 500(2):

After the passing of the resolution for voluntary winding up, no action or other civil proceeding is to be proceeding with or commenced against the company, except by leave of the Court and subject to such terms as the Court imposes.

At first instance, the primary judge considered the application for leave to bring proceedings against RCR.

The Court considered the relevant principles, as set out by Justice Bond in QNI Resources Pty Ltd v Park (2016) 116 ACSR 321, and dismissed the application, determining that Mr Palace had:

As a consequence, Mr Palace had no entitlement to proceed with a claim for personal injury against RCR.

Hall Payne Lawyers appealed this decision to the Queensland Court of Appeal, on the basis that the judge at first instance erred in failing to properly consider and give appropriate weight to the evidence before the Court.

In considering the appeal, the Court of Appeal found that the primary judge had indeed erred, not in recognising which legal principles should be considered in such an application, but in the application of those principles to the facts.

As to the first conclusion of the primary judge, the Court of Appeal determined:

The Court considered that this evidence together demonstrated there was the relevant serious question concerning the responsibility of RCR for the orthopaedic injuries sustained by Mr Palace.

As to the third conclusion, the Court of Appeal determined:

In allowing the appeal and setting aside the decision of the primary judge, the Court of Appeal determined that the claim had ‘sufficient merit to warrant the grant of leave.’

This decision is an important win for a deserving worker who had sustained life-threatening injuries during the course of his employment. As a consequence, the injured worker now has leave to proceed with his claim against RCR. Further, the decision has utility in clarifying the legal principles that apply to applications for leave pursuant to section 500(2) of the Corporations Act 2001 in the context of personal injuries claims.

If you have sustained an injury at work and require advice, our team of experienced Personal Injury Solicitors at Hall Payne Lawyers can help.

Get in touch with today's blog writer:
Cale Fryer