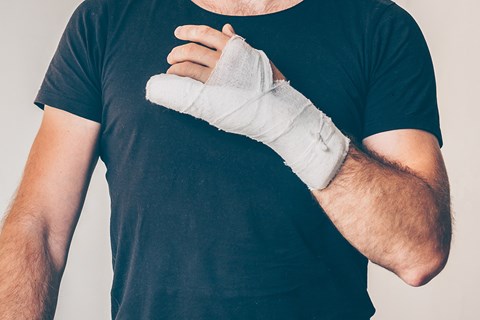 In 2012 amendments were made to the New South Wales Workers Compensation Act 1987 (‘the Act’). These changes mean that an injured worker who was in receipt of weekly benefits (their weekly wages) since 1 October 2012, has no entitlement to weekly payments of workers compensation after an aggregate period of 260 weeks, or 5 years.

This amendment is under s39 of the Act and is referred to as the ‘260 Week Rule’ and impacts significantly on workers compensation benefits for injured workers.

Your weekly payment start date depends on when you were injured and when you made a claim.

In recent months and years, many injured workers in NSW were contacted by insurers requesting that they be assessed by a doctor to determine their eligibility for further weekly payments beyond 260 weeks.

Many injured workers were not advised by their insurers at that time, that they did not have to accept the insurer’s medical assessment or decision to cease their weekly payments as a final decision. Further, they were not advised that they have the right to independent legal advice.

As such, many injured workers still retain their right to challenge the Insurers assessment and it is possible, to recommence weekly payments to an injured worker beyond 260 weeks, if certain criteria can be met.

Legal funding available if you have been impacted by s39

Hall Payne Lawyers can apply for legal funding on your behalf, from The Independent Review Office (“IRO”) if you are impacted by Section 39 in any way.

The exception to the 260 week rule - 21% whole person impairment

Section 39 also states that if a worker is assessed as having sustained an injury which results in an assessment of whole permanent impairment percentage (“WPI”) of more than 20%, that they are entitled to a continuation of weekly payments beyond 260 weeks.

This requires injured workers to have an overall WPI assessment of 21%.

How is your WPI calculated?

For the purpose of Section 39, it is unnecessary to rely on one WPI assessment to achieve 21%WPI.

It is possible to attain the threshold of 21% WPI by requesting an Medical Specialist in the Personal Injury Commission (“PIC”) convert and/or combine an injured worker’s previous WPI assessment with previous or current WPI assessments.

Further, to exceed the threshold of 20% WPI and therefore allow a continuation of weekly entitlements beyond 260 weeks, it is possible to combine WPI assessments from differing body systems.

Using the above example, let’s assume the worker sustained an original injury to their lumbar spine in 2003. In 2004 they were prescribed pain medication which resulted in a loss of teeth, due to difficulty in swallowing and chewing and overall damage to their ear, nose, throat structures (“ENT”). The injured worker could request that the Orthopaedic WPI (from the original 2003 injury) be combined with the ENT WPI for the purpose of a Section 39 assessment.

This can involve complex investigation and calculations. Hall Payne Lawyers are highly experienced in the guidelines used to assess WPI including combining WPI assessments to assist you in achieving an overall WPI assessment of 21% or more.

What if the injured worker has not reached ‘maximum medical improvement’?

If an injured worker cannot be assessed for WPI because they have not yet reached “maximum medical improvement” (“MMI”), an exemption to the 260 week rule and thus Section 39 may be sought from the PIC.

If an injured worker requires future surgery or considerable treatment, a Medical Specialist appointed by the PIC may assess that the worker’s weekly entitlements continue beyond 260 weeks.

Section 39 and your entitlement to ongoing medical expenses

A cessation to an injured worker’s weekly entitlements pursuant to Section 39 also impacts their entitlement to medical expenses.

Please note that it is possible to receive a continuation of “reasonably necessary medical treatment and services”, including lifetime entitlement for crutches, artificial members, eyes or teeth and other artificial aids or spectacles, including hearing aids and hearing aid batteries, home or vehicle modifications.

Secondary surgery is also available for all eligible workers if:

The duration for other medical or related treatment depends on the WPI assessment relied upon by the insurer at the time that weekly entitlements ceased.

Hall Payne Lawyers can challenge a WPI assessment for the purpose of extending medical treatment, given often an injured worker has returned to work but still requires treatment.

The above information does not apply to exempt workers who were not impacted by the 2012 amendments.

Seek advice if your weekly payments have ceased

Please seek the advice from our Workers Compensation Lawyers if you are impacted by section 39.